What's your most memorable MK moment from childhood??

As mk11 is almost here i reflected on some crazy times ive had over the years with the previous games. I remember seeing my first fatality, getting in fights with cousins over winning and losing, the feeling of performing that first brutality. Playing MKDs konquest mode and getting a friend to do a hard combo because you cant do it.

What are some crazy, funny or even memorable moments you experienced or witnessed throughout all these years MK has been in existence??? 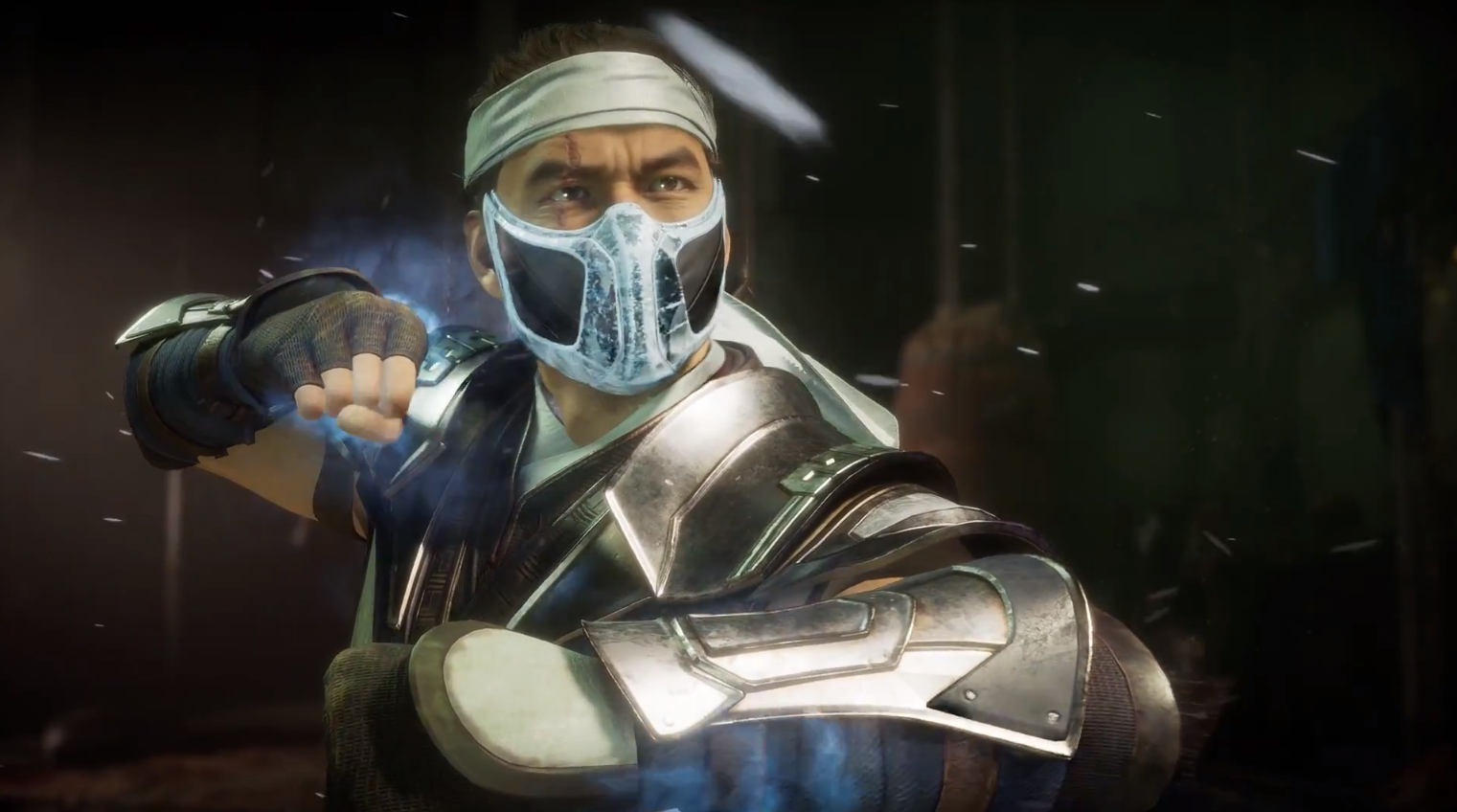 Premium Supporter
Playing MKT with my dad. He had no idea what he was doing, picked the "funniest-sounding" guy (Liu Kang), while I cheesed every match with Kintaro. Mom and brother in the background, everyone laughing their asses off.

Being afraid of the MK4 models and getting scared as fuck because I thought Shinnok would get out of the screen running at me to beat me with his 3D polygons.

Another memory is that at some point I got a serious fear of dying and everything death related, so watching people get killed on MK: DA would get me chills and I stopped watching MK content for a while. Thankfully I don't have it anymore and I'm ready to play MK11

I thought Mortal Kombat was scary as a kid, MK2 with all the backrounds, music, characters and general asthetic made it that much more terrifying to my kid self. It also managed to strongly hook me in at the same time, I was mesmerized when I saw my first fatality in MK2 which was the Liu Kang Dragon.

My favorite memory would have to be my cousin at a family party beating everyone in MK4 because he knew how to pick Goro.

I remember when I was playing MK2 as a kid (Like pre-kindergarten) with my parents and me and my dad both picked Liu Kang and I accidentally did my first fatality via the deadpool stage.

Also when my parents got me MK Trilogy it was a house rule nobody was allowed to pick Sheeva because she scared the f*** out of me. If I started an arcade latter and she was there I reset the ps1 and hoped she wasn't in the next one lol

I also remember I was in like 6th grade and IIRC it was the day Deadly Alliance came out and I was super excited because my mom was going to take me to get it after school but during last period in English class the kid I sat next to kept sticking his pencil eraser up his butt and trying to get me to smell it and we were causing a distraction. Next thing I know the intercom comes over. " Ms Teacher can you send Blade4693 to the office for early dismissal" I was like YESBOIZ MK time!!!.

Then my teacher was like "Ok but first can you come out in the hall with me I need to talk to you." This b**** gave me detention because apparently me NOT wanting to sniff an ass eraser was distracting the class...so I left and was pissed because I thought my mom wasn't going to take me to get the game because I got in trouble but I told her what happened and she didn't care and off we went to get the new MK

So after looking up the dates it couldn't have been Deadly Alliance since that was on a Saturday, it must have been Deception which came out on a Monday lol
Last edited: Apr 9, 2019

You'll do it for free

When I was in high school, I played all of the PS2-era MK's with my friend and neighbor after school. During Armageddon, we would play with random characters, but I had a strong disdain for create-a-characters. I thought they were stupid, and would never even bother with them. I remember one day on the bus, my friend told me he had a surprise when we played next.

When we arrived at his place, he had me pick my character, then close my eyes while he picked his. Once the "Round 1" began, I opened my eyes and realized I was fighting against Goku with a fighting stance named "Super Saiyan." It absolutely blew my mind, and then after defeating me, I watched as Goku brutally ripped my character to shreds. I was so blown away that I jumped into create-a-character and made my own character (Tifa from FFVII).

Still a great memory. I'll never forget the shock of seeing Goku murder the shit out of one of my characters. It was both awesome and hilarious .

Memorizing every character's Brutality on console UMK3 for literally no reason except that I thought they were the coolest thing I'd ever seen (still are honestly).
E

Seeing Sub-Zero rip off someone's fucking head for the first time. My inner psychopath came to light that day and I've been a fan of MK ever since. So yeah, definitely my most memorable moment.

Being on vacation in 1992 in a Greek island and going to a local arcade...

And watching someone playing a new game with realistic graphics using Bruce Lee against a blonde woman and the Terminator guy on a bridge.
Basically a guy playing Liu Kang against Sonya and Kano (endurance match) on the Pit.
I was instantly hooked .

I’ve been in love with the franchise since I saw sub zero spine rip in the arcade. That and the pit. I can vividly remember the first time I saw both and have been all in ever since.

This one’s hard to believe. I was 3 and I took my cousin’s pad while he was playing MK3 and I performed Kitana’s kiss of death there. That was the beginning of my MK obsession.
After MK4 I didn’t play MK for years and then I got Shaolin Monks and MKA, I didn’t know Liu Kang was killed by Tsung so I was shocked to see him as a zombie in MKA

The first thing that stiked me was the overall look of MKII. It blew my mind how realistic it looked at the time. Second, the blood. I never thought I'd see a game that actually looks like a fighting movie that oyu can play. Third, the fatalities. Liu Kang transforming into a dragon was the pinnacle of my 12-year old existence. Other stuff were Scorpion's second fatality, rarely people performed it.
UMK3 - Scorpion's 4 time foot hitting combo was the best thing I've seen at the time.
MK4 - I was astounded at how bad that game and its characters looked except Scorpion.
EDIT: shit, went too far

Lead Moderator
Premium Supporter
The first time I played I was about 6 or 7 at the time, I was at my babysitter's place and her boyfriend brought the game over. He taught me how to play and how to do the fatalities and I was just blown away by the game. My parents never bought it for me, not even the bloodless Sega version, but they got me the movie that I watched like 100 times.

When MKDA was announced one of my good friends and I were 100% invested in it, we were on forums looking for info before release and once it released I remember us sitting on the floor with printed sheets of combos and fatalities all spread around us as we played.

The good old days.
I

Probably my most memorable childhood moment was sitting in the cinema(i cant remember the movie) and seeing the trailer for the Mortal Kombat movie.

I had no idea it was being made, i still remember the absolute omg is this actually happening feeling. So good.

I remember playing in the arcade, and doing fairly well with Kano against the computer, until the mall security guard came in, dropped a quarter, and made me rage quit

Well my most "memorable" MK memory from childhood in that, I remember it the most.

The arcade I went to when I was growing up was a front for the Rock Machine biker gang(Quebec had serious biker gang problems in the late 80's and early-mid 90's, rock machine was at war with the hells angels). If one of the bikers got on any of the machines you let them win, it was unspoken rule.

One dude didn't let a biker win in a match of MK2 and mouthed off after winning and long story short he was taken to the back and had the hell beat out of him.

So yeah that's my story.

Irishcyke said:
Probably my most memorable childhood moment was sitting in the cinema(i cant remember the movie) and seeing the trailer for the Mortal Kombat movie.

I had no idea it was being made, i still remember the absolute omg is this actually happening feeling. So good.
Click to expand...

Ayyyyyyyyyy. I remember having the exact same experience as a kid when I saw the trailer for it! I had no idea it was even a thing until I went to the movies and saw it.

My best friend and I at the time were huge MK nuts and went ecstatic over it. Needless to say, him and I saw it on day one.

THE MEMORIES. Thanks for the trip down Memory Lane.

Playing the original MK in the arcade and seeing Raiden knock Scorpion into the pit. To this day its still my favorite stage fatality in any MK game.

I will never forget the Subway Stage Fatality from UMK3, also I had nightmares about Noob Saibot.

Premium Supporter
seeing a fatality for the very first time .... got used with Street Fighter and SNK games, where you fight , but you don't ever kill your opponent, so .... therefore, seeing Sub-Zero ripping off someone spine was ... shocking !! not family-friendly stuff, that's for sure

Giant Jax fatality and a LOT of FT100 with my best friend. UMK3 will always be the best mk imo.

Klapping Cheeks online with Kotal, if only...

Evil Canadian said:
Well my most "memorable" MK memory from childhood in that, I remember it the most.

The arcade I went to when I was growing up was a front for the Rock Machine biker gang(Quebec had serious biker gang problems in the late 80's and early-mid 90's, rock machine was at war with the hells angels). If one of the bikers got on any of the machines you let them win, it was unspoken rule.

One dude didn't let a biker win in a match of MK2 and mouthed off after winning and long story short he was taken to the back and had the hell beat out of him.

Not sure if joking or not, I would believe it cause one of my uncles who was in the Rock Machines was killed by a member of the Hells Angels just because he had a Harley Davidson.
You must log in or register to reply here.
Share:
Facebook Twitter Google+ Reddit Pinterest Tumblr WhatsApp Email Link
Menu
Log in
Register