Thanks for keeping this thread alive for so long, everyone. I honestly expected it to die naked and alone within a few hours of being made. Glad that so many of you see the potential, and were open to expressing it here. Almost all the contributions were positive, and that means a lot to someone who only has a short but undefined amount of time left of his life to enjoy this kind of thing. I just hope (and have faith) that NRS' next game will surprise and sustain me and the rest of this community for as long as possible.

if your looking for a trip down memory lane.. I could go on for ever.. but for this thread .. there has to be two more...

on a side note... remeber when kids cartoons were fucking hardcore?

I’d actually be really down for this game. Still hoping for MK11 first tho.

That said, DLC opportunities are insane...

Second Saint said:
Ok, I know basically nothing about He-Man. I was skeptical at best whether it could work, then I saw this. Who is this beautiful son of a bitch? I'm on board.
Click to expand...

I'd be down for this. Imo it has some crazy potential!
T

TONY-T said:
I'd be down for this. Imo it has some crazy potential!
Click to expand...

There's enough characters between them, and a good mix of hero's/villain's. Each character is somewhat unique which should allow for some diversity in the roster.

And given the source material it would fit right in to the age bracket of many the people that have been playing fighting games since this was out in the 80s. While the younger crowd might not have any affiliation to it, i'm sure they'll enjoy the story and characters behind it.

Although i'm wondering how they'd play the He-Man/Adam, She-Ra/Adora angle. Wouldn't be fair if two characters had a powerful "stance" or equivalent. And i don't think it would do the characters justice if they were only used as part of a super move. Nor would it make sense if they were separate characters.

theotherguy said:
and given the source material it would fit right in to the age bracket of many the people that have been playing fighting games since this was out in the 80s. While the younger crowd might not have any affiliation to it, i'm sure they'll enjoy the story and characters behind it.
Click to expand...

This is a really good point. MK is about the new players, but there is a strong legacy and fan-service in everything NRS dose.. and those fans are coming into there mid 40 - 50s now.. so yeah He-Man would be the exact correct age bracket for many of the old fans.

Fuck Prince Adam and Adora.. just make it like Enchantress or something.. transform on match start or better yet.. just have them in Story mode and forget about them in matches.

Yes please
I think after MK11 this would be absolutely perfect. I love injustice but I would much rather prefer this first
Merman is gonna be top tier as hell on release I’m calling it 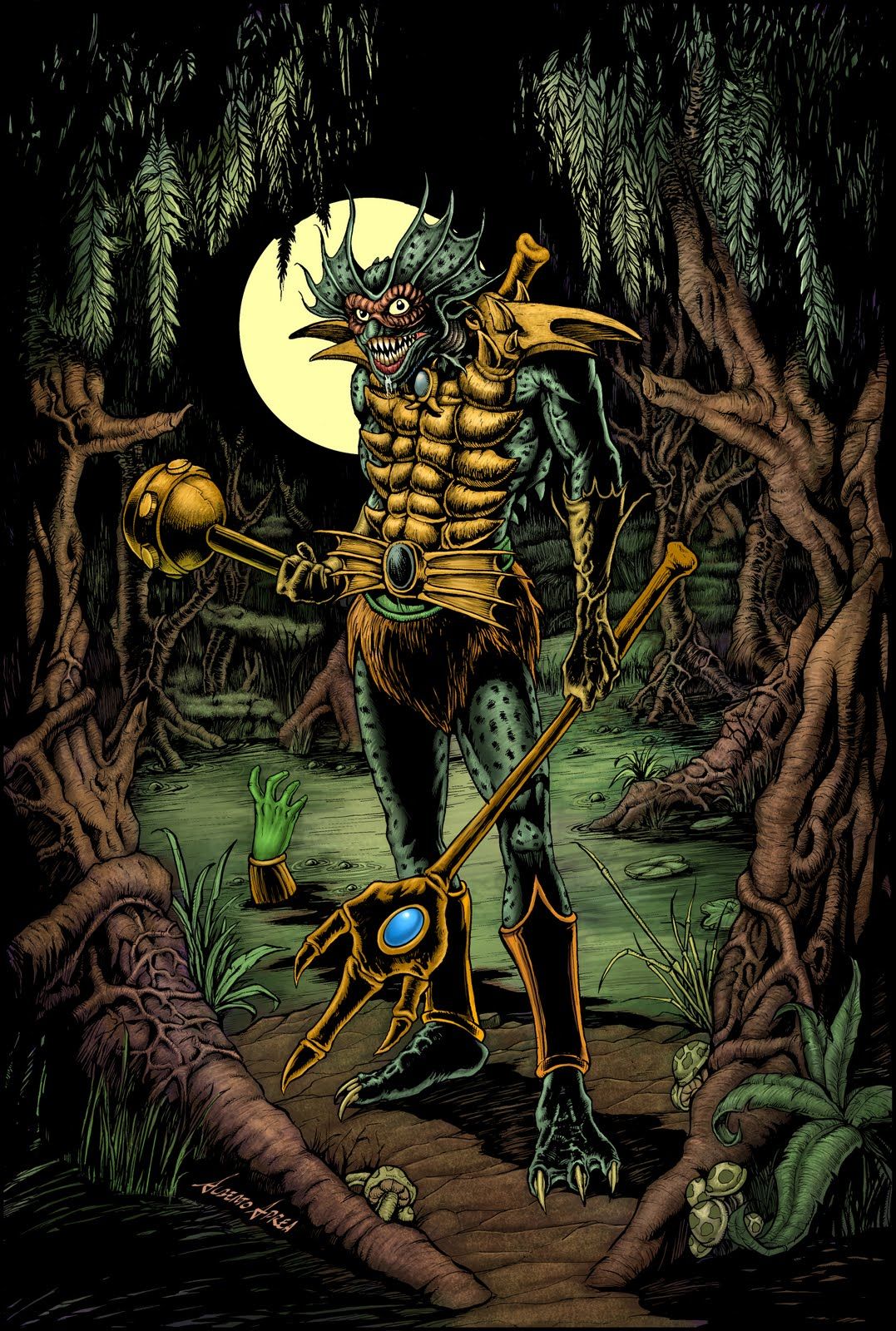 Sugarwatermixlegit said:
Yes please
I think after MK11 this would be absolutely perfect. I love injustice but I would much rather prefer this first
Merman is gonna be top tier as hell on release I’m calling it

Careful what you wish for....

Whenever the subject of He-Man comes up, I'm always reminded of this video...

Of all the people to bring, Batman. Why Harley? 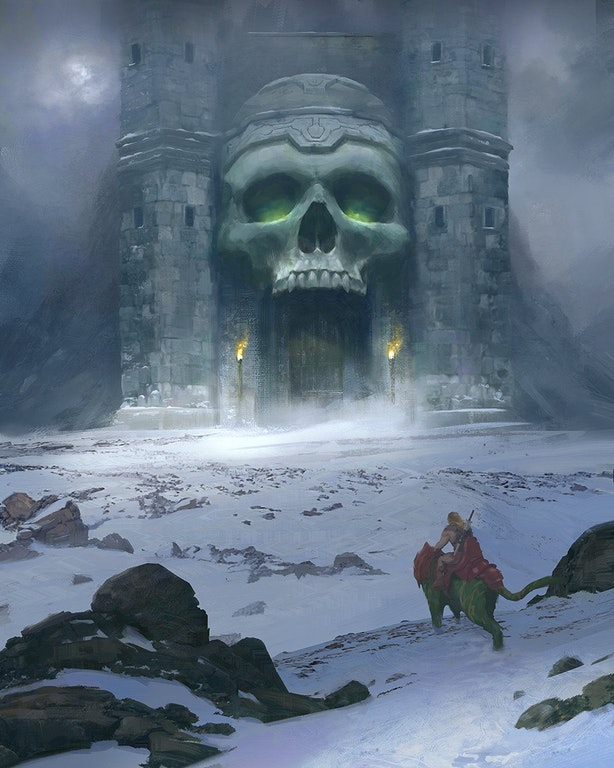 This would be awesome. Either way stoked for next NRS-game. MK11, MotU or something else. I have faith in those guys, and seeing as they are taking longer this time it's bound to be innovative in a good way and not just a polished rehash (Inj/MKX/Inj2)

I totally love MotU, with its rich lore and vast array of colorful characters. The art being posted in this thread is stone cold beautiful. And if this game came out, I'd fight to be the first in line to plunk down my money and buy it. And oh, btw, my Hordak main would pwn all you Skeletors from day one.

All that being said, I have to cringe at this too. It feels like a bad business decision; I don't see how NRS comes out a winner on it.

MotU is a toy line that had its rise and fall in the 80's. The toys spawned a great cartoon series as a marketing gimmick (not the other way around), but it all went away when the toy line crashed. They've tried to revive MotU a couple times (including one ghastly feature film that bombed), but it's never been able to really re-establish a current pop culture presence.

I hate to say it, but who would be attracted to this game? Mostly guys in their 40s who played with the toys and watched the cartoon as kids. Is that enough for commercial success? The young gamers playing in tournaments, creating online content, generating hype, and ultimately doing most of the buying have probably never heard of MotU, let alone ever held a toy or watched the show. They have so many fighting games competing for their attention right now, and NRS already feels like an underdog. DC Comics has tons of current pop culture presence and yet Injustice is almost a fringe game franchise. How the heck do you make a breakthrough with even less of a hook than that?

I also wonder how to handle the artistic dilemma. MotU was originally designed for children after all. Does NRS stick true to the source material and risk producing a goofy, childish fighter that no one takes seriously? Or do they go dark, grim, and gritty and produce something serious, and draw the wrath of fans angry about them taking artistic license with their childhood memories? Kind of feels like a no-win.

Maybe I'm overthinking this. And I like I said, *I* would love to play this game. But I'd kinda prefer NRS work on perfecting the franchises they already have and produce a game with some longevity, rather than branching off to something new again so soon.

I think you are... He-Man and She-Ra have huge retro appeal to you g people. Netflix has been streaming He-Man for ages and the Toy that Made Us (He-Man) episode was a huge hit.. there is a new She-Ra cartoon on netfix coming out right now for a new generation (the voltron treatment)... so.. yeah. Now, at this time, it is the perfect timing... As kids love it, teenages and manchilds like it and oldies like it. Everything seems to be pro retro and nostalgia now.. He- Man is getting more press (with a bunch of comics, tv shows, etc etc) that It has in decades. 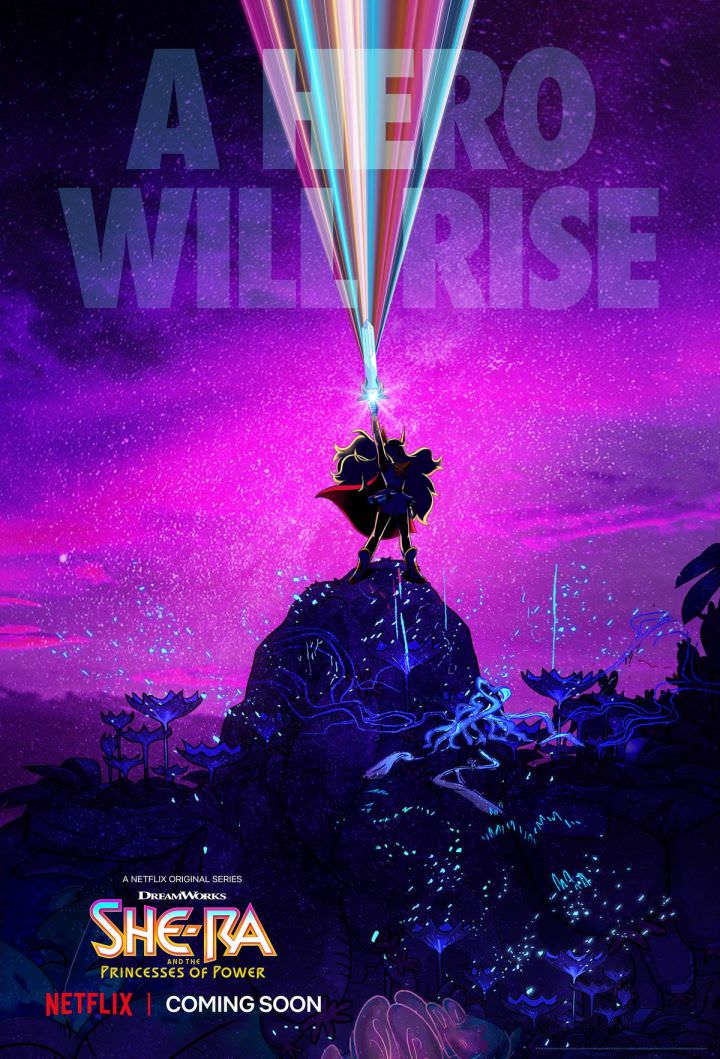 Obly said:
And oh, btw, my Hordak main would pwn all you Skeletors from day one.
Click to expand...

Jynks said:
Now, at this time, it is the perfect timing...
Click to expand...

I hope you're right. Thanks for posting that trailer; I hadn't seen it before. I have to admit, I had such a mixed reaction to it. On the one hand, I'm psyched at the idea of MotU making a real comeback, and want to cheer that on all the way.

On the other hand, ugh!! I hate the artwork and animation--it's so flat, plain, and uninspiring. And I don't like seeing She-Ra re-imagined as some super young, angsty, Teen Titans/Sailor Moon crossover character. It's just not who she is... according to me, at least!

But that's kind of my point. I did a quick Google and YT search on this trailer and saw the flames were already flying between people who had similarly strong reactions on both sides. It's such a dilemma. Is it worth the risk to change the property to suit modern tastes (which they did) in a bid to appeal to the new young generation, and risk riling the anger of the older generation that already loves the property as it was (which they also did)?

Does NRS really want to kick that hornet's nest themselves? When they still haven't even figured out the secret to making a game that stays popular for more than a 1-2 year cycle, even with properties that already have broad appeal?

I know this is all rumor anyway, but if I could have my wish, I'd like to see some MotU characters released in a new DLC pack for Injustice 2. That's a pretty safe way to get a read on their popularity, start building recognition and brand value, and test out their playability. And Injustice 2 really deserves another shot of adrenaline before the devs give up on it.

Besides, how sick would it be to see match-ups like Skeletor vs. Black Adam, Beastman vs. Catwoman, and Man-At-Arms vs. Batman??

Haha... Skeletor has some beastly wizarding powers, it's true. But I dunno... I think Hordak has the edge with cooler sidekicks and killer metamorphosis specials. Shadow Weaver assists and meter burn double BFG for the win!

Just went through the pages & my god! If they reveal a weapon base MoTU game.

I would explode! It would be so cool & refreshing.

And it rises, like a phoenix from the ashes...

Day one Evil Lynn main if this would actually ever happen.

After countless of hours of consideration.... 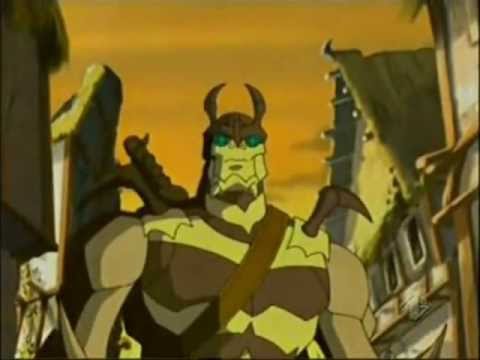 This is the first I'm seeing this thread.

I was and still am a massive fan of MOTU. I think as long as it had a dark tone, I'd love it. The possibilities for the roster would be nearly endless.

Having said that, I really don't see this happening. I don't know if there's enough interest in the MOTU world at the moment. I'm a massive fan of MOTU and also huge into fighters, so it would be a no-brainer for me, but this seems super niche. Like...I have about 4 or 5 friends that play fighters and not one of them would care about this. I just don't see WB being down with it.

I really just want another MK before I'm too fucking old to play these games.