Do we know what time the Kombat Kast is guys?
Click to expand...

Do we know what time the Kombat Kast is guys?
Click to expand...

It should be in about 50 minutes from now. 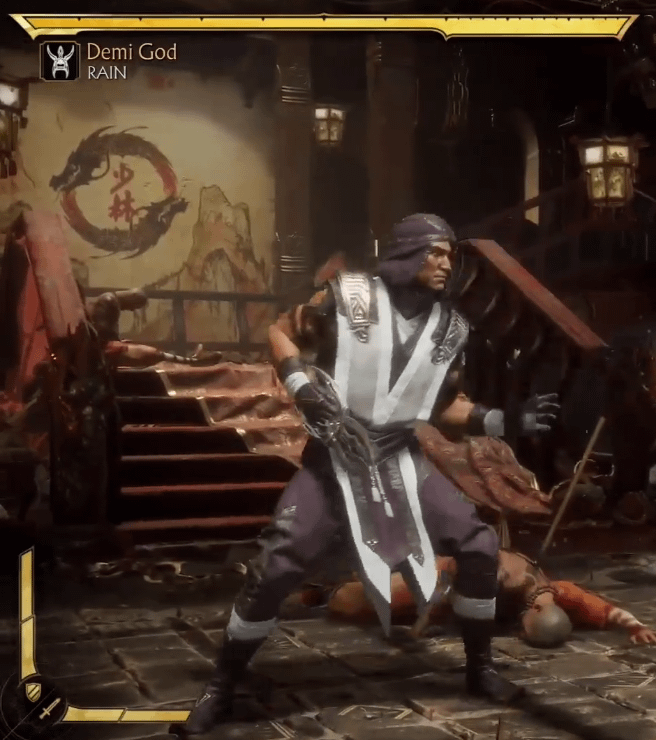 Yea, this one is total misunderstanding. In terms of the wacky design and moves. And to be fair I was the most excited about his 2nd fatality to be presented today. Well, seems I need to wait some more time xD

Looks good more so disappointed in him not having an mk9 based tournament variation with round house lighting and bubble but he looks very cool. I also noticed the bubble can cause a restand as well just like mk9.

Not sold on the water pulse move.

Fatal Blowing at the Speed of Liiiiight

Anyone able to give a quick breakdown of each variation? Can't watch the stream recap due to work

Arqwart said:
Anyone able to give a quick breakdown of each variation? Can't watch the stream recap due to work
Click to expand...

So his normals don't have the best range but they said his specials complement them cause they have bigger range. Plus he's apparently really good up close with flashy combos. Loads of Katar and water use in his normals which IMO look dope!

His universal specials are:
-Roundhouse kick. His classic one just looks a bit different and you can MB to a combo.
-Waterball. Not the projectile one, he travels fullscreen kinda like Raiden's superman. Has KB from fullscreen or armor break.
-Katar throw. Can MB to become mid.
-Evaporate. Turns into body of water, basically invincible.

Variations:
V1 has this lightning bolt that replaces the bubble and is like half screen range. Goes up, or can do it in the air where he goes straight across or down. Seemed pretty great mobility and pushback on block. Also gets a portal that absorbs projectiles, if you absorb 2 his KB is loaded.

V2 has this advancing strike, that you can delay into KB or cancel and he has the splash move form MK9 that restands. Overall this variation blows up wakeups. He also has an up-splash anti-air (hits from some of his popup combos too like Sheeva's), can MB into combo. Doesn't conflict with roundhouse kick so basically they said this variation has some big flashy combos.

V3 has this ground tidal wave which has great range and loads of active frames. Also get his classic MKT water bubble which you can MB into combo. You can direct where it goes again (even downwards into popup which looked quite cool).

Arqwart said:
Anyone able to give a quick breakdown of each variation? Can't watch the stream recap due to work
Click to expand...

No mention of his mk9 thunder pop up, nor any mention of that "rising ice"-like move we saw on the meet rain trailer - most likely custom variations only.

edit: someone beat me to it 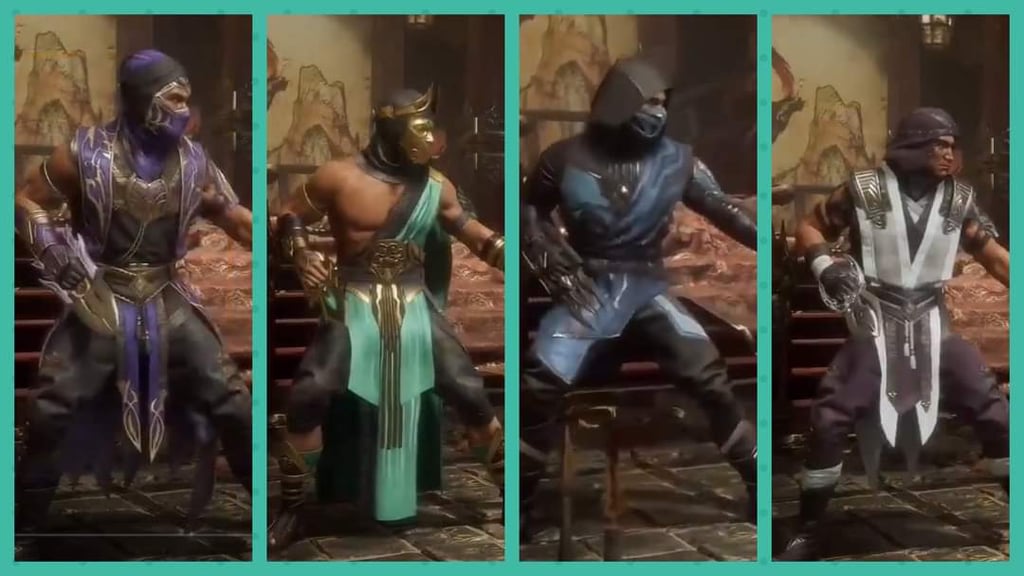 I've always been against shirtless Rain, but that toga costume looks really good. Especially with that god mask.
He really gives me Kahndaq vibes

Pretty unrecognisable in some of them. Love the 2nd one, very Sons of the Harpy! Not a huge fan of using blue on Rain tho.

Yeah he looks exactly like the Lin Kuei npcs from MKX

Can't wait to see whether he wins fights with his D3, D4, or Throw KB's most efficiently.

I'm a bad bitch, you can't kill me

Nice. His default and his second one are probably my favorites. Though I do like the hood in the 3rd one. But this does confirm that he has his 4 unique skins, with the MK2 skin being an extra. Seems this will definitely be the case with Mileena as well. I'm more hype than I was before. Mileena's possibly gonna have six skins. More than the other DLCs...(Not including Shang Tsung who has the movie skin and got like 3 extra skins after Aftermath) her impact.

Fatal Blowing at the Speed of Liiiiight

Finally off work and watching the recap. Looking at the V2 dashing palm strike's speed, I can't help but wonder if this will work the same as parry-canceling Flawless Blockable moves or pokes to punish flawless reversals or reversal pokes. Assuming this is true, that is going to be some insane stagger ability considering it can also be canceled, leaving him at a safe distance that appears to be about the same distance as his F2. I can see V2 being cancerous as hell for stagger pressure and I am 100% ready for it. I also ADORE restands and V2 has his MK9 restand.

His back dash looks pretty good, but Elder Gods help me his forward dash looks broken as shit. Anyone else notice this? It looks like the distance of Cetrion's backdash combined with Fujin's dash speed.

My body is ready.

i cant see the streaming due to conection problems

any general_change announced for the game ??

CmC_HAt said:
i cant see the streaming due to conection problems

any general_change announced for the game ??
Click to expand...

Delayed wakeup has only 1 timing now. No more long or short delay

The kombat kast was pretty lacklustre, I was hoping for some details on strings and the second fatal. Still excited to play the man though

Man this character is so cool

Is it just me or does Rain seem to do very little damage?

Mandolore1123 said:
Is it just me or does Rain seem to do very little damage?
Click to expand...

Yeah it looks like he has below average damage but he can break 30% at the cost of two bars in v2.