They're really knocking it out of the park with the lost boys on this one (Fujin, Rain).
By the time we get Reptile back imagine how insane it could be I wonder.
T

Super excited to finally be able to play this character again after what, like 9 years??

Also hype for his intros with other characters, if MK11 can fix Baraka's jobber status then Rain is gonna be a grandslam. I hope he has a spoiled/chip on his shoulder royal demi god permanently too good for everybody attitude.

As for variations, I'm interested in what they do. I mean I guess he was a in your face rushdown/armor canceling character in mk9?? So maybe they'll keep that style? I think he'll for sure have a teleport in at least one variation.

Also, I really liked his voice in MKX. I would loooove if they kept it but from the few grunts he made in the trailer it didn't sound like it.

It should be noted that the guy who is gonna voice him, Dempsey Pappion, voices the character Visage in Dota. Imo that voice is probably gonna be pretty close to his Rain.

On the variations, my predictions are:

Fatality Idea - Rain creates a puddle under the feet of the oponent, then the thunderstorm arrives and the lightnings are hitting the puddle (not directly the enemy) and the electricity is frying poor Jax opponent

Zviko said:
Something I noticed about his hand weapon thing. In the trailer it's on his left, on the art at the end it's on his right and those in game pictures they've shown it's sometimes on the left, sometimes on the right. I wonder if pictures are mirrored or if it's actually customizable.
Click to expand...

It's called a katar and it's likely just mirrored or maybe he swaps hands during kombat. It will definitely be one of his gear pieces though.

so customization options: Katar, mask, and what would be your guess for 3rd?

Beats the heck out of me, actually.

Could be his belt. It looks a bit different in the Ultimate Edition art picture than all the others. Could be the lightning though or just slightly different skin color.

Zviko said:
Something I noticed about his hand weapon thing. In the trailer it's on his left, on the art at the end it's on his right and those in game pictures they've shown it's sometimes on the left, sometimes on the right. I wonder if pictures are mirrored or if it's actually customizable.
Click to expand...

It’s probably gonna be mask, katar, belt customizable. I’m assuming he’s gonna have a variation similar to thunder wave raiden too. Tp and a combo extender like storm cell with water (like the assist)

im too excited, they absolutely killed it with his design.

Why is nobody talking about the purple lighting?

That shit is so sickkkk, really highlights that half god magic and makes him visually more different from Raiden or Nightwolf and their lightning powers.

I hope he has his MK9/MKX flowy arm idle animation even if he holds his katar during kombat, it looked really unique lol

DarksydeDash said:
For those that don't like her hair..

We all die alone. So love yourself before you go.

Arqwart said:
This is the best Rain has ever looked. Armageddon and MK9 were very much reimaginings of the UMK3 classic ninja, but weren't super demi-god princely (though Armageddon did the princely a bit better with the crown piece of the mask). MKX was sorta princely, but made me think more of a male brothel escort than a demi-god.

This perfectly captures MK ninja outfit with the perfect amount of flair and style to clearly indicate that ninja is a regal motherfucker. An A+ job from NRS.
Click to expand...

I did not mind the escort look... hopefully he shows some abs in alternate costumes

Onryoki said:
I did not mind the escort look... hopefully he shows some abs in alternate costumes

It had/has a lot of potential, I love it conceptually but I always felt it looked better in art than in game. That said I think the art direction and modeling in this game would be able to do it more justice. 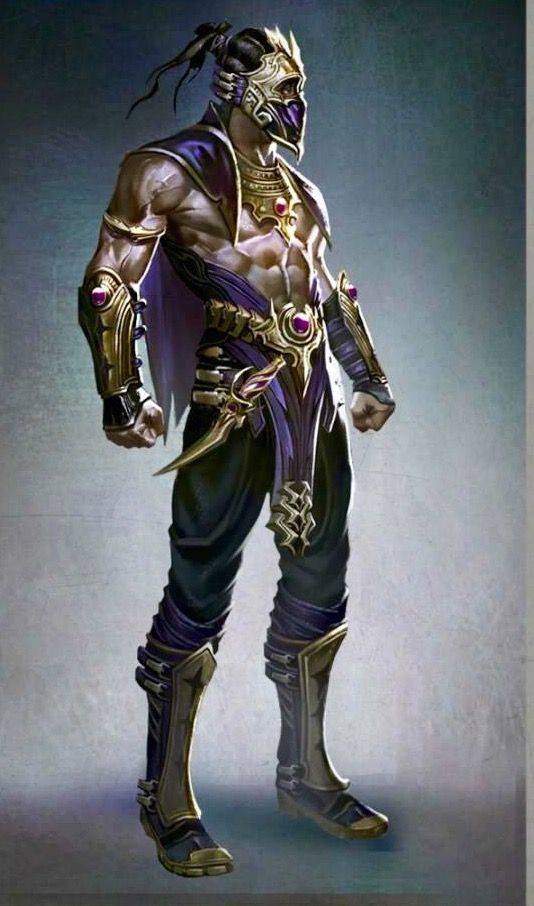