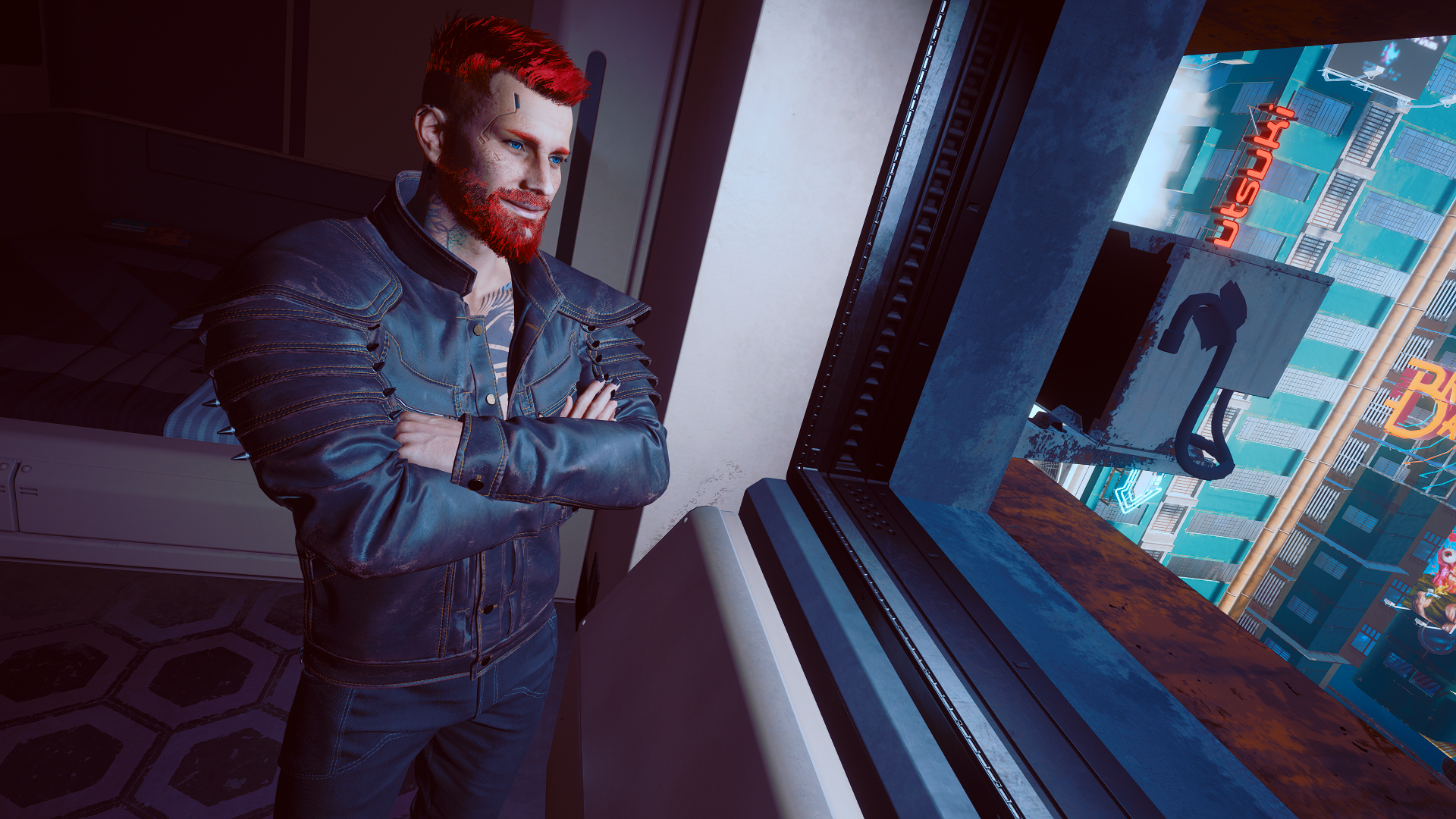 For the people that have progress fairly far into Cyberpunk 2077, how impactful is your path choice? From what I gather there's not a lot of exploration into the Nomad/Street Kid/Corpo storyline.

Yeah guys I just started another play through of Fallout 4 and it's awesome! I'm playing a melee based character for the first time and it's way more fun then using guns and....

Digital Foundry has, of course, been putting out tech and performance videos for the game.

For those on or interested in the PC version, here you go:


For those on Xbox One/Xbox One S/Xbox One X, here you go:

The general consensus is PC is where you want the game, the better your rig, the better the game.

For console, avoid/return your copy on PlayStation 4/Xbox One/Xbox One S. If you can tolerate frames generally between 25 to 30 fps, you should be alright with PlayStation 4 Pro/Xbox One X (with the Xbox One X having a higher resolution, but extra frame dips as a result).

Lead Moderator
Premium Supporter
Well after playing 90 hrs, and getting the good ending (which I assume is canon by how it goes), the story, the music, the art behind the game is phenomenal, but it should have stayed in development for another year or so.

Vslayer said:
Well after playing 90 hrs, and getting the good ending (which I assume is canon by how it goes), the story, the music, the art behind the game is phenomenal, but it should have stayed in development for another year or so.
Click to expand...

90 hours as of Saturday? Dang, that sure seems like a lot, really fast.

I've been playing on PC. The only thing that really irked me was how some key input actions weren't UI configurable. Once I found out how people were getting around that I was able to play without much trouble.

I've seen the occasional glitchy thing like someone standing in air, but more amusing stuff than anything and none of it has really bothered me. The only exception being I do get the tree glitch, which is annoying, but it's not every time, so I can "try again" with loading the game. To me, for PC, It doesn't feel far away from being better, or unfixable for the newer machines.

That said, I can't imagine trying to run something like this on a PS4. I would worry that they built something that was too big for last gen machines to handle especially given the talk that disk read speed is technically really important to how well the game runs. But then people have played a lot games at terrible frame rates on console I'd never put up with, so I'm probably a lousy judge of what is acceptable there.

Not my favorite game ever, but I think it might be the best game I've ever played. The writing and level design is unmatched. I'm still playing my 2nd playthrough w about 90 hrs played in total.

Time huh, Thanks for the Tip

Playing What I can on my Xbone, but I can definitely say the “Genitals Customization” was only there for Marketing Purpose

Game has been running really well on my new Series X. Had zero bugs/freezes or anything of the sort so far.

Looking forward to the official upscaled version for Next Gen systems!

John Grizzly said:
Game has been running really well on my new Series X. Had zero bugs/freezes or anything of the sort so far.

Looking forward to the official upscaled version for Next Gen systems!
Click to expand...

Very cool, glad it's running well there. You playing in High Performance Mode or High Quality?

On an aside, you're also now one of the few people who I know that actually owns a next generation console!

Going off memory, my count is:

For me, I figure I'll pick up an Xbox Series X in a few years unless something comes along that I really want/need the console for.

On an aside, you're also now one of the few people who I know that actually owns a next generation console!

Going off memory, my count is:

For me, I figure I'll pick up an Xbox Series X in a few years unless something comes along that I really want/need the console for.
Click to expand...

I'm honestly not sure of my settings. I haven't changed them from whatever they were by default. I'll check tonight!

And I got lucky on GameStop a couple weeks ago. Had to buy a bunch of shit with it that I didn't need (3 months of Game Pass, which I already have, gift card that I didn't need and a controller I didn't need) but whatever! Happy to have one. Hopefully I'll pick up a PS5 as well when they're more readily available.

I've been obsessed with Cyberpunk 2077 & it's been the main games I've been playing since my retirement from fighting games. I pre-ordered it a year in advance & it's becoming one of my favourite games of all-time regardless of bugs/glitches & all the bullshit (I love Fallout New Vegas too after all). I've never had such a wow factor for a game since BioShock. I just wish it got harder, the only challenge in this game even on hard regardless of specialty is the secret ending.

I've beaten the game more than a few times with each backstory but can never 100% the game since some missions are glitched on Xbox but I got all the achievements. Also I played as a dude just once, literally just to fuck Panam & Kerry's pushing 90 year-old ass.

Thought I ask my fellow Cyberpunk 2077 chooms of TYM to see if y’all are still making eddies & if y’all are liking the last few new updates?


Looks like everything is finally fine after 8 months & the first small batch of free DLC. Which I didn’t really like the new Johnny alternate skin, it made him look dumb. I liked the new car, which was based off of The Smokey & The Bandit 1977 Pontiac Trans-Am except orange.

They just need to try to add more new jobs because after beating the game 6x, there isn’t much left to do in the game outside of playing it game with different builds. Also there needs to be alternate ways to make mass amounts of eddies because scraping & selling gear gets boring really fast as most fixers don’t pay as much as they should. I think an add-on DLC similar to Gunrunner’s Arsenal from Fallout New Vegas could add some more excitement to the game.

I do still love this game as it’s quality is so high & it has only gotten better & better but the quantity of shit to do is slim. It’s the opposite of The Witcher 3: Wild Hunt where the quantity in a fantasy RPG has never been bigger but the quality wasn’t there so the game was incredibly boring.