Administrator
Since he's definitely one of the currently most popular characters in Injustice, here are some Black Adam combos and strategy containing an interesting vortex. Vulcan Hades has put together a very fitting video demonstration of how this vortex works with Black Adam's "Black Magic" and forward 3. He shows and explains several set-ups and lists a full guide to what he is doing.

It's extremely ambiguous and even I'm not sure whether I'm going to cross-up or not sometimes. The timing of MB Black Magic, the timing of F3 and the timing of j1/j2 can all slightly alter the outcome.

The "Bladam Special" is actually a front attack but that crosses-up if they try to block it like a cross-up. Yes, they have to block this "incorrectly" (hold back) on what appears to be a cross-up visually. If you time f3/j2 earlier or later it will be a true cross-up and then they'll have to hold forward instead.

Characters with poor wake ups just have to deal with it. And vs characters who have good wake up options you can just alter the timing to safe jump or make them whiff in the wrong direction.

Our community is so lucky to have a guy like Vulcan Hades in it. This guy seems to find new shit for w/e character he plays all the time and is very helpful. I kinda wish he mained Lex Luthor just to see what kinda shit he'd find.

holy shit that is cheap

I really fucking love this Vulcan Hades holy crap, this is great stuff. Crossup mind fucks FTW! I'm gonna play with this tonight, and thank you so much for showing us this great stuff. FOR KHANDAQ!

Cool, that was relatively quick.

jk Thanks for the front page!

No but really I was thinking about picking up Lex after watching Fab dominate fools with him so you might still have hope! LOL I can't promise you anything though..

No but really I was thinking about picking up Lex after watching Fab dominate fools with him so you might still have hope! LOL I can't promise you anything though..
Click to expand...

Black Adam gets the Ninja Vortex.

LOL this game has way too many ambiguous cross-ups for being a back to block game. Every character and their mother has this kind of tech off of something.

sunlord5 said:
LOL this game has way too many ambiguous cross-ups for being a back to block game. Every character and their mother has this kind of tech off of something.
Click to expand...

lol you know it's funny because I noticed almost every single hard knockdown Black Adam has prevents him from crossing up his opponent on wake up in an ambiguous manner. 223, 13, df1, u1+3 are all hard knockdowns but BA doesn't have the perfect spacing to cross-up. He has to take a few steps forward to attempt a cross-up but then the opponent can just walk back too and it ends up hitting in front anyway.

The only other hard knockdown he has that leads to a potential cross-up is D3 but again it's character specific, it's not ambiguous and you can't really do big damaging combos into D3.

I bet whoever designed and tested BA wanted to make sure this kind of silliness would not happen very often. They did a good job overall in minimizing the BS he would otherwise be able to do. But I found dat little crack where he can sneak some ambiguous stuff.

Lead Moderator
Unfortunately there's a lot of ambiguous cross-ups in this game. The setups aren't always on knockdowns either. Add that in with not so great wake-ups and unreliable anti-airs... no bueno.
F 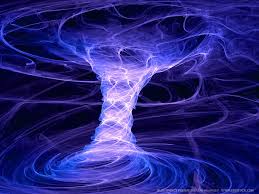 A vortex is basically a setup/mixup (guessing game) that can be looped so that it starts and ends in the exact same situation. Usually from an untechable knockdown but some characters have vortexes that don't knock you down (e.g. Killer Frost and Scorpion in MK9).

Both Killer Frost and Black Adam require at least 1 bar of meter to loop their respective setup (MB ice grab for KF and MB black magic for BA). Other characters like Deathstroke can vortex meterless but deal a lot less damage.

A situation where one player is continuously forced into a blocking guessing game (typically a 50/50) where they continue taking damage if they keep guessing wrong, and they can't "get out" until they guess right.

Edit: and what Vulcan said.
S

Bah there's so much stuff for BA, supes, GL that I've had enough. I do play GL but I have seen enough of these guys in streams and weekly tournaments. Of all the characters BA, Supes, DS aren't that interesting characters. I play Hawkgirl, Batgirl, Harley, Nightwing, Aquaman, Shazam, Wonder Woman, and catwoman which are far more interesting than BA.

Show me what you can do

Did I inspire this with that picture I posted?

So how early do you have to do the Jf2? Whenever I do it the Far Boot Stomp goes underneath them.

Black Adam is top tier no doubt, I just wish he had a low even if its really alow... a slow 14-16frames wouldnt hurt would it?

BlacR3ap3r said:
So how early do you have to do the Jf2? Whenever I do it the Far Boot Stomp goes underneath them.
Click to expand...

Yeah that happens sometimes but only on certain characters. But I can't tell you who those characters are because I haven't tested the 48% combo on the whole cast.

It's a bit hard to explain but there's like 4 timings where you can hit with fj2: earliest, early, late and latest. The j2 has to hit in the earliest timings on small characters like Killer Frost. If the j2 hits "early" but not "earliest" then the FBS will whiff but only on small characters. On Doomsday (and I assume big characters) both the earliest and early timings make the FBS whiff. And since you can only connect j2 xx FBS on late timing, you don't have enough frame advantage to make b2 xx black magic work.