Which vortex character's vortex is the hardest to react to?

King of the Bill

I feel like if you block correctly during a vortex, you should be able to punish it at least, but not all vortexes are unsafe which is kinda lame. Low risk high reward

Ready to lose your head?

NB Semi Evil Ryu said:
The correct answer to this thread is "Yes."
Click to expand...

This has me laughing a little more than it should XD

chemist4hire said:
I guess I was not clear. You are correct that they are 50/50's and its a guess either way. With Sinestro's vortex you have to block either forwards or backwards. What I was trying to say, is that (for me at least) blocking sinestero's vortex kind of goes against how you fundamentally learn to block in back to to block games. In most back to block games, you block in the opposite direction of where the attack from the opponent connects. And a majority of the time the attack is coming from a limb of the opponent. ( ie, if the attack connects in front of you, you block by holding back. If it hits behind you, you block by holding forward). Sinestro is unique, in that he floats in front of in the air and summons a projectile from behind you. Its the projectile you have block and not sinestro that makes it so difficult for me, because blocking it means you are walking forward towards an opponent who is inches from you. Just seems so counter intuitive. Scorpion's doesn't seem so hard to block because he is attacking you with his body (Its still a guess, but I guess it doesn't cause my brain to stutter or falter like sinestro's does). But thats just me.
Click to expand...

you are in a vortex. pick a direction to block. have fun.

Or if you're this bum ass splashy bastard.

THTB said:
Or if you're this bum ass splashy bastard.
Click to expand...

I'm just saying, Neptune can be a very benevolent deity.

Josh Owens said:
If you can interrupt it,it's not a vortex. You can wake up out of those
Click to expand...

Actually, he's correct. Deathstroke in the corner does have a vortex... Much like Flash, Wonder Woman, etc.

Deathstroke can blow up a very large number of wakeups(even without having to resort to F3 MB). Sure there are a few characters with fast advancing invincible wakeups that get out of everything but once again, you read it correctly and you're blowing that up as well and conditioning your opponent to continue guessing for fear of their wakeup being punished.

Regardless, I know that you meant characters with conventional standing vortexes that can happen anywhere on the screen.

Lead Moderator
News Editor
Zatanna has been added to the poll.

This thread makes me wonder how many characters have a vortex, whether they are situational or character-specific.

this is my face when batgirl has me strapped 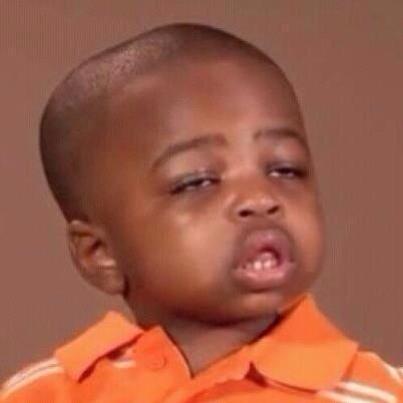 Guys, have we run out of thread ideas?

Dogorfat said:
this is my face when batgirl has me strapped

Alien Substance said:
Zatanna has been added to the poll.

This thread makes me wonder how many characters have a vortex, whether they are situational or character-specific.
Click to expand...

Premium Supporter
This vote is skewed because Zatanna wasn't a poll option until just recently. Should be Zatanna, then BG, then Sinestro, then whoever else.

the answer is Batman

Pan1cMode said:
This vote is skewed because Zatanna wasn't a poll option until just recently. Should be Zatanna, then BG, then Sinestro, then whoever else.
Click to expand...

It's got to be Zatanna she has so many options all of which need to be blocked differently. Also she has more ways to set up vortex situations.

with a long combo breaker dick

i don't know what zatanna's vortex is

Killphil said:
I remember when the Scorpion vortex came up in MK9. I told my friend that you can react to b2 or f4~spear and had him try a few loops on me. I failed to react every single time. The next KTP slips said people who think they can react to 17-18 frame moves are dumbasses. Lesson learned.

Not 100% true. I'd say it is possible to 'see' a mixup of roughly the same startup if you're looking for it, the problem is that you'll be completely oblivious to the other option.

Vortex's literally do not matter if the opponent can't open you up and touch you first. Pretty much IMO rendering out Zatanna and Killer Frost and Joker.

Hardest vortex's to deal with if you are opened up tho are Sinestro, Batgirl, and Joker.

Double j2 advantage. From any MB puppet master she can teleport twice, take a slight step back nj2-levi-d2 will allow for a cross up j2/non cross up j1/b1-u3(low)/b21(overhead-low)

Smoke and mirrors. Ending combos with certain strings into MB puppet, gives her time to activate smoke and mirrors and whiff a d1 to reset the combo counter. J1 will cross up, j2 lands in front.

Whiff d1. After ending any combo with MB trance, immediately whiff d1 then tele-behind j2 will either cross up or not depending on timing.

Cross up f2. Meterless ender that can be followed by either an instant cross up j1 or 5f s1

In the corner she gets a vortex from f21 although the traditional b1/b2 follow ups are reactable.

Some follow ups are hitbox specific but on larger characters she gets unseeable 50/50s with j2 after MB puppet and double j2 advantage.

chemist4hire said:
Lol maybe thats why I get hit by it then. I am always blocking the wrong way.
Click to expand...

a year and a half into the game and i learn how to block sinestros vortex !! i should really read the character threads lol

I Break Hearts, Not Combos

Premium Supporter
zatanna can set up vortexes......but to get them established first......