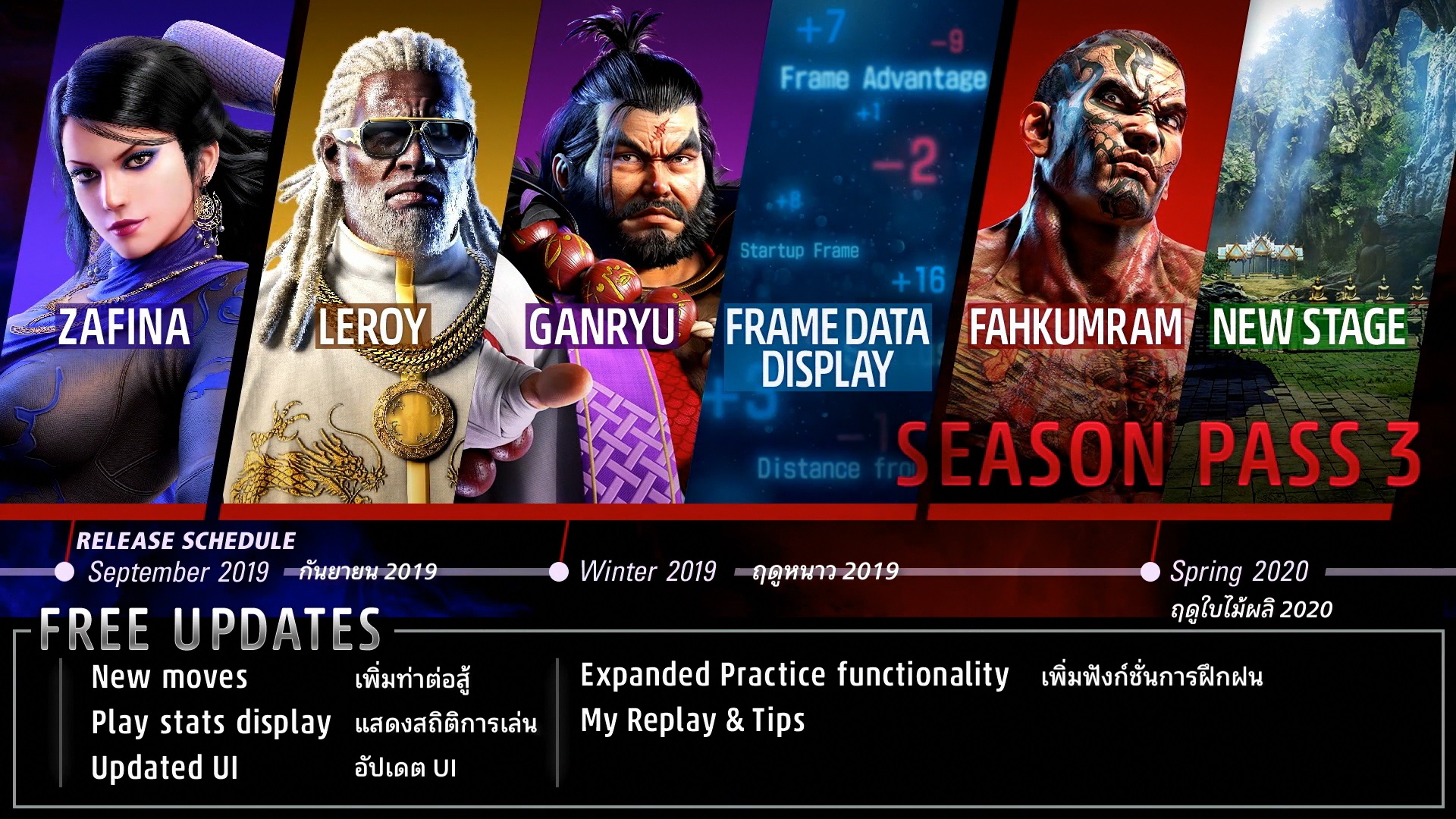 Sagat is not cool therefore fahkumram was made..

some nice reveal trailer and interesting way of harada to present it. based as he is the leaks didnt bother him at all

looking forward to try leroy and ganryu out + the punishment display for the replays...i really wonder if its well implemented...soon tm.
fahkumram doesnt click with me right now but that might change when i see more of him.new stage looks nice. seems to have balcony and ground breaks.

JFC could that edgelordy Dave Leduc wannabe be any lamer?

Johnny Based Cage said:
JFC could that edgelordy Dave Leduc wannabe be any lamer?
Click to expand...

Fahk looks sick, but a bit of a bummer to end the season of all these great personalities with angry stare guy

Fuckyouman makes Sagat look like a bitch.
He looks like he grew up in a Thai prison lol.

Now we wait for the new patch notes

You'll do it for free

Since the worldwide release, nearly everything about Tekken 7 has been so on-point. Kind of bums me out that Mortal Kombat's post-launch support isn't this exciting.

He will totally be fawkurmom to me, sorry not sorry

sagat and e honda are cool but leroy smith will take my money!!!

Leroy and IP Man 4 both get released this month.
Hype 2 stronk.

If only they made a netcode DLC pack. How's it possible for something to be this good but only offline?

And that's how you do a fighting game folks
Can't believe this game came out in 2015 and its still kicking stronger every year.
the game is consistent on the mechanics
Content is consistent
balance is consistent even if they reinvent themselves each 6 months
added new mechanics in the game to refresh the game in the past year
new content every year
add new moves every year
competition is hard as fuck, but satisfying.

The only bad thing about T7 right now is netcode

How exciting. The only other character I was hoping for was Ganryu

BarakaTile said:
I'd be bummed Kunimitsu gets another snub
Click to expand...

Yeah, would love to see Kunimitsu return in a main game. Always liked her, she and Nina were my tag team in both Tekken Tag games. And she was so much fun in TTT2! Plus her redesign was absolutely gorgeous, imo. 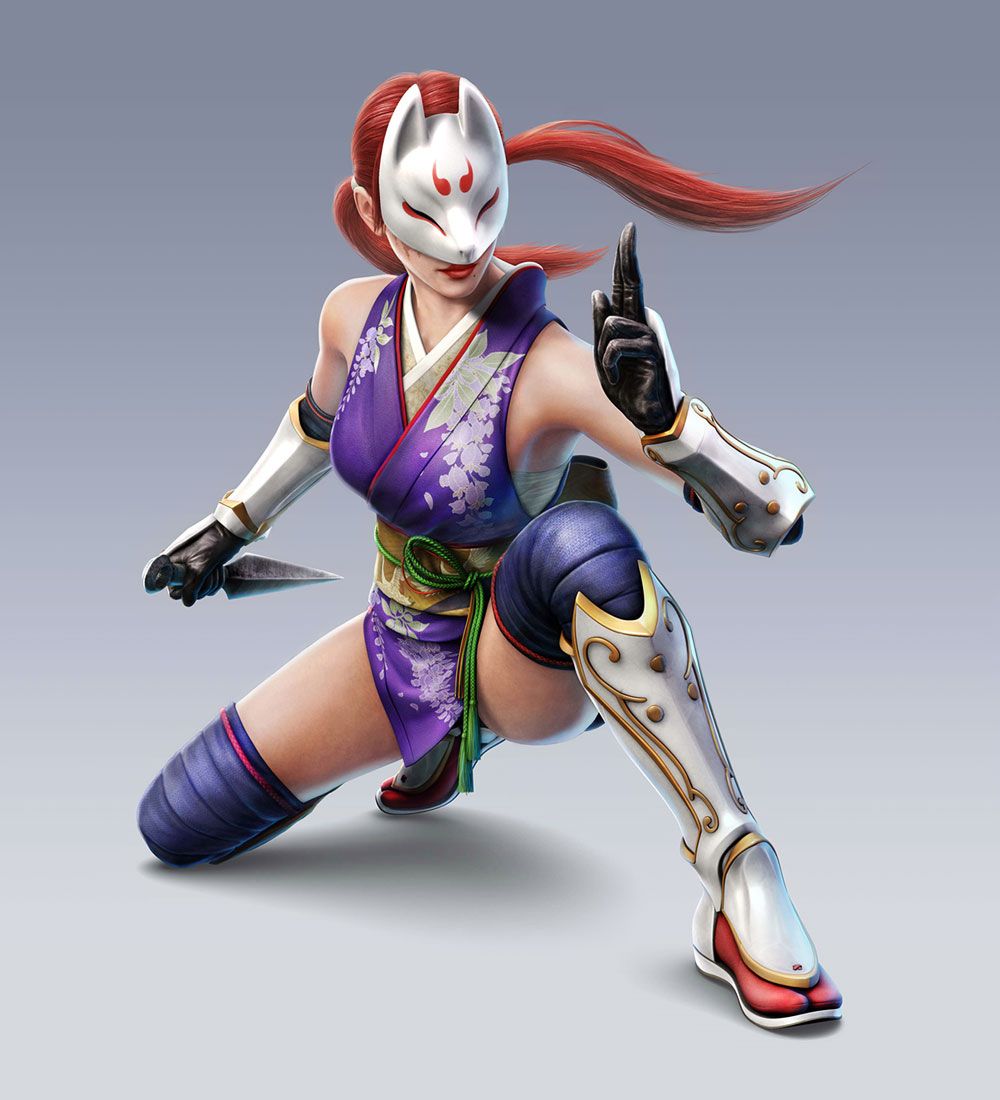 NaughtySenpai said:
If only they made a netcode DLC pack. How's it possible for something to be this good but only offline?
Click to expand...

upgrade to the pc version, its completely fine!

I'm going to have play around a little with Leroy. I know it will only be for about 5 min but it's still got to happen. I don't think I've watched a trailer that many times before and I'm not done.

Tekken is so cool and fun. It's just way too much for my pea brain to deal with. Still an amazingly good and consistently well supported game.
Last edited: Dec 9, 2019

Tekken 7 is so fucking amazing.

Season 3 is probably my favorite batch of DLC ever. Mainly because of Ganryu (my favorite Tekken character since Tag 2). I am beyond overjoyed that he is returning.

Leroy also looks incredible. I think the dog (although cute) is a bit stupid, though. I hope that's an item move or something. I don't want him to be throwing pit bulls like Kazumi throws tigers.

Look at Fahkumram and tell me that with a different skin but the EXACT body type and moveset that this couldn't have been Sagat.

I so wanted this to be a thing. Playing as Cammy in a Tekken game would be amazing!

HeavyNorse said:
I so wanted this to be a thing. Playing as Cammy in a Tekken game would be amazing!
Click to expand...

Same here, man. You know Namco would have crushed those SF character designs in a Tekken game. Look at how well they implemented Akuma (even though he's too strong at the moment) and Geese (yes, I know he's an SNK guy, but still a 2D character.

Someone like Zangief, Chun-Li or even Dhalsim would have been so cool to see in a Tekken game. Shame that SFV has left such a stain on the brand.

TxSF vs SF6 is not going to happen...they mentioned several times that the timeframe for such a release is hard to find and after the first fuckup from capcom...wouldnt be surprised when the akuma implementation is their part of the deal for the forseeable future.

I don't think drag can carry coast to coast now.

D2 and fireball nerf for akuma.

Today's the day; Leroy Smith, Ganryu and in-game frame data finally make it into the game in ve...