why I must wait for cetrion skin so long

All I want is Kitana. Nothing else.

I can skip season 3. Thank you lord.

I can skip season 3. Thank you lord.
Click to expand...

My thoughts pretty much, unless there's some cool gear to earn.

I swear if that Kung Lao skin is Demi God level....

Premium Supporter
Very cool leak! I have to say season 3 and 4 look sick. I don't care if I get Frost or Cassie skins since I don't play them, they do look sick though! That Sub and Noob though I want!! I really hope they're not demi God lol. I can tell the way KL is going shit is going to be a hardass grind. And season 3 I definitely want all of those skins for the 4 Kitana, Jade, Liu and KL. Though mostly Jade and Liu since I play them lol. I think the Season 5 pack IMO is the weakest out of all of them. Baraka looks weird with that icon on his head, Cetrion I like the color of her skin being somewhat undead.

But yeah, that Noob and Sub. Finally a skin where Sub's eye's look menacing. I don't know of course what they're called but I'm going to call them Demon skins with Noob, Subby and Cassie. They looks badass. I'm glad for Cassie fans to finally get a cool looking skin.

NOTE: I really DO hope they eventually offer these for sale or on ToT for those players who may not be that competitive but really want them. I know a few friends who want some of the skins but are casuals, highest one can get is kombatant and the other has trouble at apprentice. They're more casual guys.

I wonder if they did that as a nod to Richard Divio, he played Kano in the digitized MK's MK 1, MK 3 and also played Quan-Chi in MK Mythologies Sub-Zero lol.

i kIlLeD mY mOthEr wHeN i wAs tWeLvE

It makes sense for Kano, Kabal, and Baraka to get Quan Chi skins because they all shared the same actor in the original games -- Richard Divizio.

MKF30 said:
I wonder if they did that as a nod to Richard Divizio, he played Kano in the digitized MK's MK 1, MK 3 and also played Quan-Chi in MK Mythologies Sub-Zero lol.
Click to expand...

BarakaTile said:
He also played Baraka in MK2 so you might be on to something there
Click to expand...

Yep, that mask was skin tight I recall him saying lol and Kabal too.

Its Game Over, Man

I'm not very excited about Quano, Kano-chi or whatever hahaha, but possessed Cassie, on the other hand, looks pretty cool.

ABACABB said:
why I must wait for cetrion skin so long

Premium Supporter
No Johnny skins and judging from the remaining gear I need there probably won't be any gear rewards either, sigh.

Premium Supporter
I'm sorry, but anything that makes characters look like the dumbest character ever put into MK is gonna be a no from me dawg. Season 5 looks like trash.

Human Revenant skins are nice and that noob skin is clean!

I want actual NEW skins for her like the two klassic skin packs.

You people are grumpy as hell. They could've not give us even these skins. My only gripe with the Kombat League is if there is a skin/gear at a rank that I can not reach (never got to elder god in the first season and god in this season) then I'll be salty as hell. They should give rewards for playing the game, not for having the skill, which is also determined by nature, not only hard work. Should be play 25 matches for this skin/gear, 250 for that skin/gear etc. 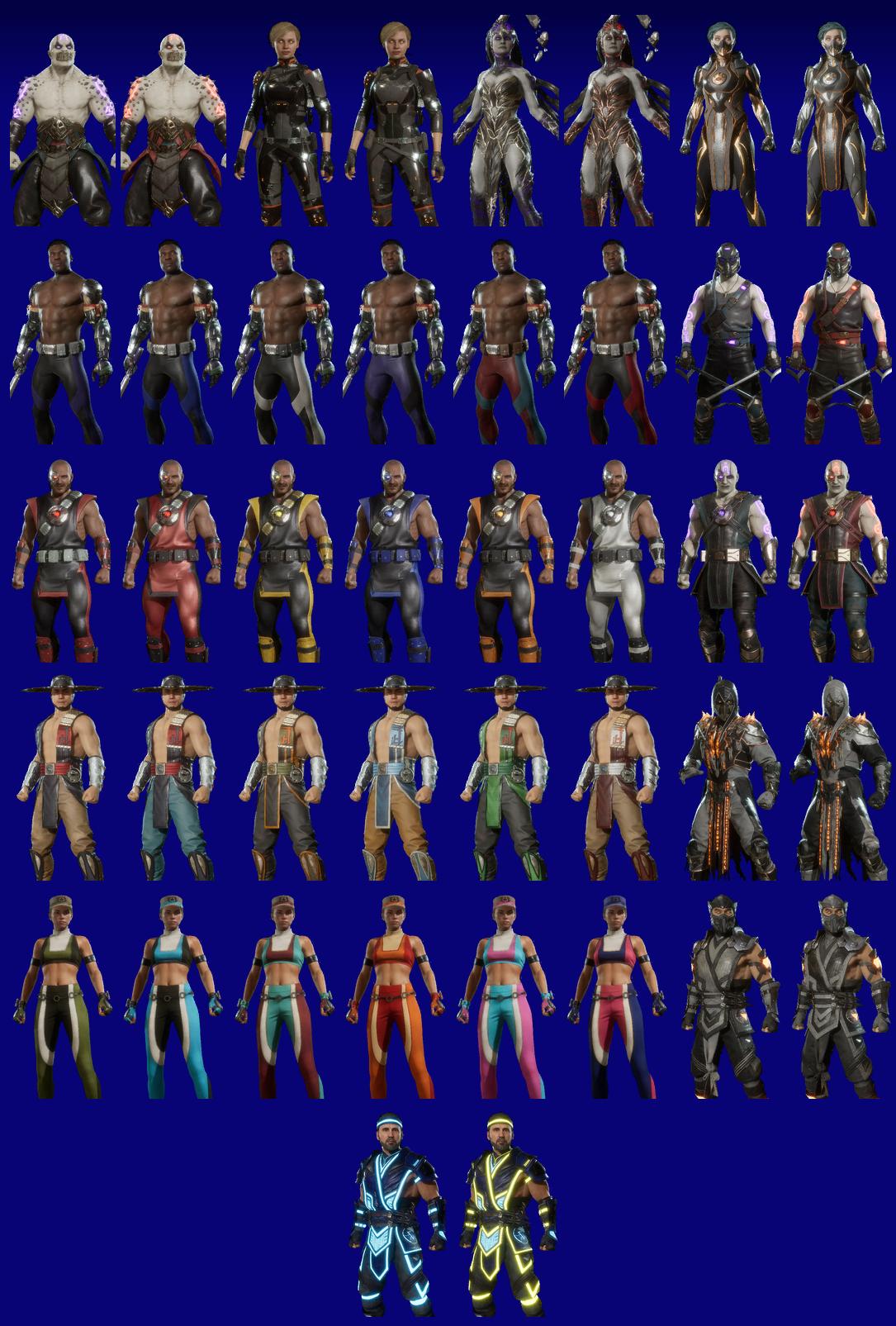 Not playing noob but damn his skins look sick

No season of Kahns

I guess i'm skipping the next 3 seasons.
The Scorpion neon glow and Noob skin looks real nice too bad i don't use them.

NeroOps said:
No season of Kahns

I guess i'm skipping the next 3 seasons.
The Scorpion neon glow and Noob skin looks real nice too bad i don't use them.
Click to expand...

Sub-Zero: Let's get something straight... I am not a ninja. I am Lin Kuei. Scorpion was a ninja!