Today is the first day of the of the Mortal Kombat 11 beta in the US. It's also the only time in human history that we are getting a Kombat Kast that falls on the day of March 27, 2019. For those of you not celebrating this occasion, either due to work or too much time on the beta, here's the TYM recap of what went down.

On the docket this week, the regular crew was taking a look at three of the most recently revealed characters, Jax, Liu Kang and Kung Lao. After some updates and small talk, we got into it with Liu Kang: 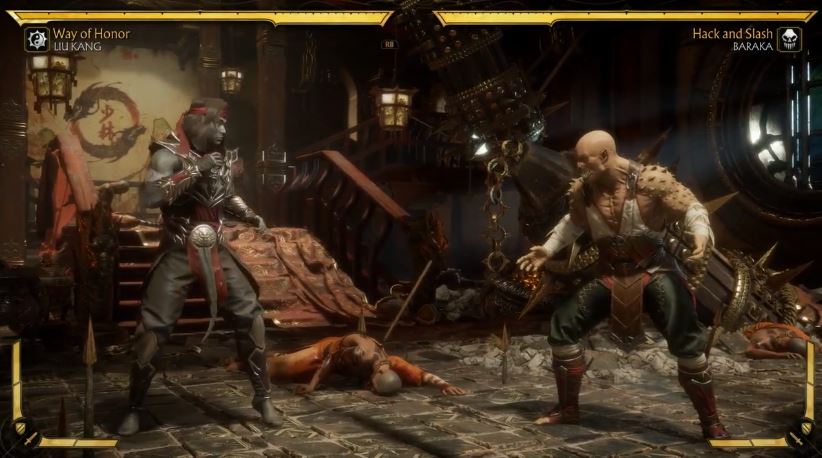 Keeping with the theme of giving people weapons, Liu Kang is using his nunchaku in a lot of his strings this time around, but he still has a focus on his punchy martial arts. His base kit specials are pretty standard, he has his fireballs and bicycle kick once again, the latter you can MB 3 times in a row for a pretty lengthy carry.

For his loadouts, he gets a parry that can do A LOT of damage if you use the krushing blow requirement to parry a wakeup. He also gets a move that gives him a damage buff and a cross-up teleport, something totally new for Liu Kang. 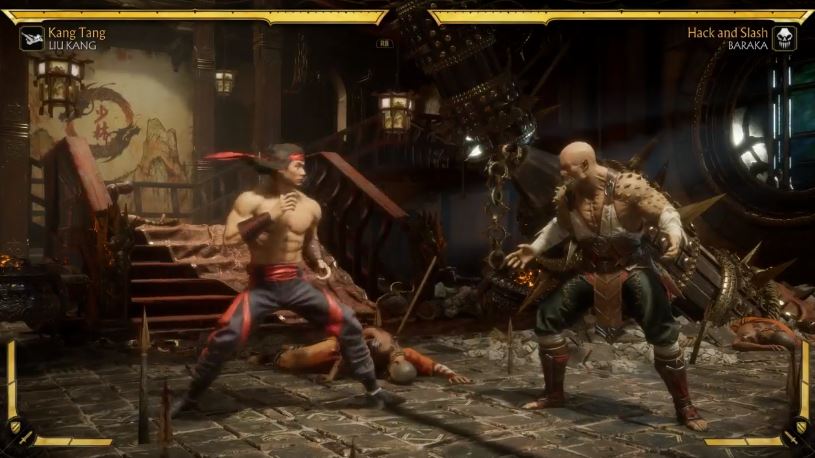 If you like his nunchaku, you can get a few cool moves that make use of them, like a unique stance that leads into different kinds of hits. His nunchaku can also be used to projectile crush, and you can also throw in a command grab if you want to step his mix-up game even more. Last thing they should was his fatal blow, which confirmed that the dragon thing from the trailer is not a fatality. 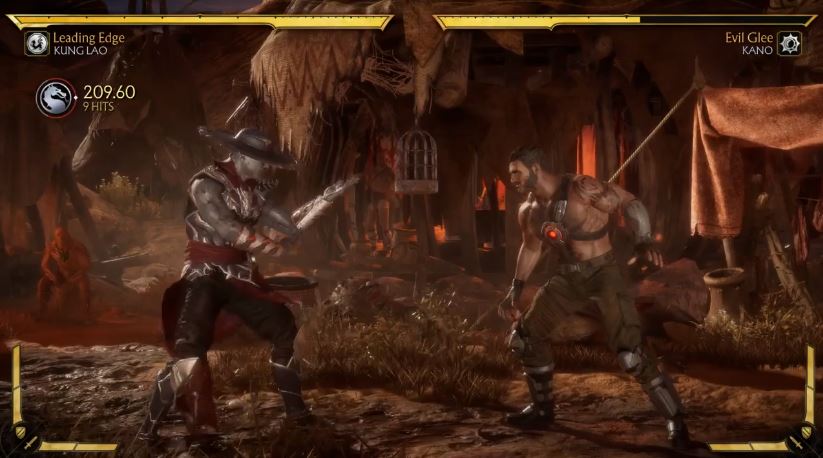 Next character was Kung Lao. Lao was also fundamentally the same from past games, he throws the hat and bad things happen to people who touch it. His special animations have been tweaked to give him some more 80s kung fu movie flair, but the moves are what you'd expect: teleport (which you can MB to delay when he comes out), divekick, spinny stuff.

Part of his loadout, he gets a really strong move where you can throw your hat around the opponent to keep them trapped while you do your thing. Or, he can throw the hat in place, which gives you a lot of set up opportunities while it's hovering like a buzzsaw. 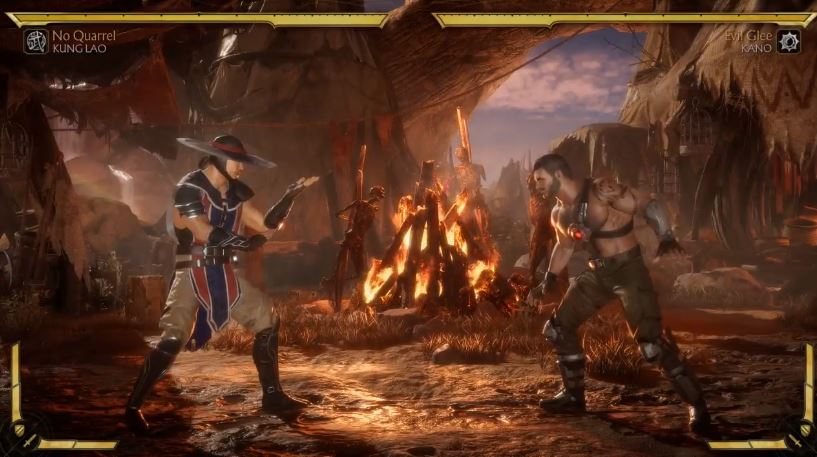 He's got some other moves that involve throwing the hat in different ways, but something really cool he can do this time around is summoning the spirit of the Great Kung Lao, the original ancestor he was named for. This stance allows you to do a lot of different moves while leaving a spooky ghost to hang out behind you. 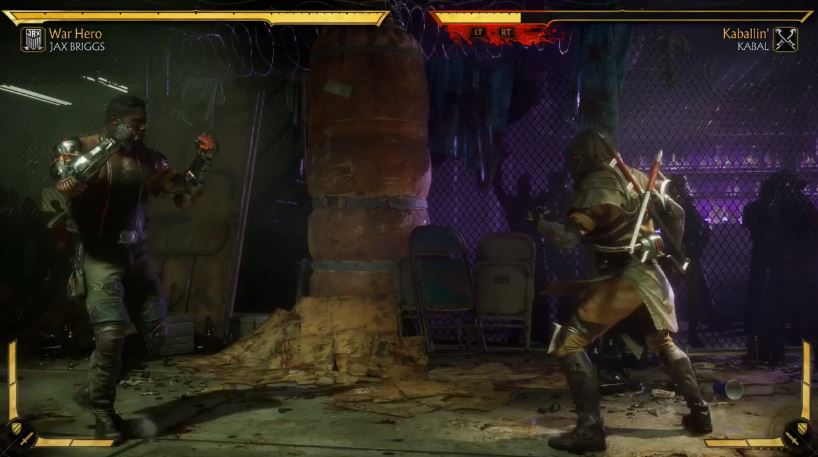 Last up, Major Jackson Briggs. In his redesign, he lost his superman punch special, but gained some new, brutal looking command grabs. In his base kit, he has a character ability that builds up a meter as he throws punches, the progress seen as his arms glow brighter from the heat. This allows him to do more damage, and at the max level, his specials turn into krushing blows. Lastly, it allows him to throw a really quick fireball, giving you a chance to get in if your opponent gets away.

In his loadout, he gets some moves that give him new launches and command grabs, including an aerial one that looks really cool. He also gets a grenade launcher (much slower projectile) and his old ground pound. 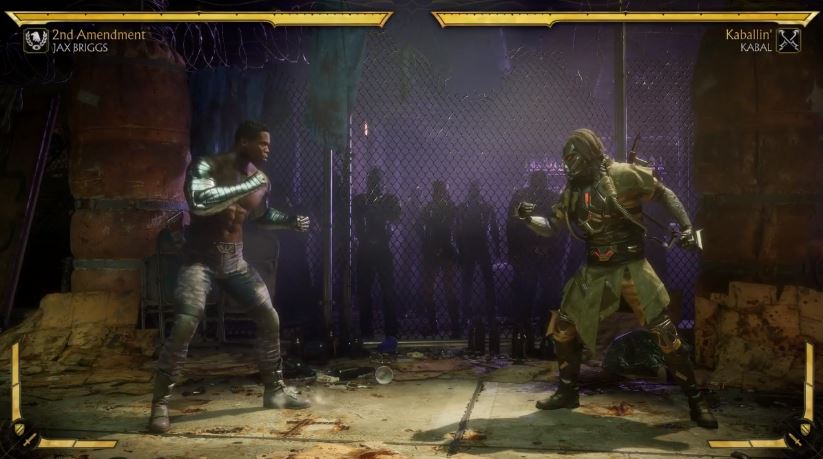 Keeping with the theme of the day, Jax also gets a boxer's stance that also allows him to do a few new things, including a low command grab. His fatal blow is neat, in that it automatically maxes out his metal arm buff mentioned earlier.

So that's that for the character showcase, they ran through everyone kind of quickly to account for the fact they were showing 3 people this week. The belt battle wasn't anything crazy, Tyler playing Sonya and Derek playing Jade again. Derek took game 1, showing marked improvement over the past few weeks. Tyler clutched out a win game 2, taking us to a Grand Final, Hell in a Cell in a Temple Ladder Match to the Death. Derek was able to close out the final game in the final match that came down to the final hit, securing the belt for this week.

And there's the Kombat Kast for this week. Next week (currently planned for Thursday), they are confirmed to be showing off Noob Saibot, alongside "some others". So get excited for that!
Last edited: Mar 27, 2019

I'm seriously blown away by all three characters.

It's funny how there was so many defensive characters shown first and now they are showing all the offensive BEASTS like Liu Kang, Kung Lao, Jacqui, and Jax.

Thanks for the recap, as I once again missed the kast due to thinking it started an hour later. I'm sure that they used to start at 9pm for me. Hmm...

I'll probably give it a miss anyway, but I'll tune in next week for Noob.

I'm feeling Frost. Derek made an out of the way comment after the first match about "needing to cool off" with some water, but I may be looking to into it.

Jax probably the weakest reveal so far besides Skarlet maybe

roster is shaping up to be big boy hype though

He said it'll be Noob and "others" next week.

I think it's pretty obvious that Kitana fans will get their wish. 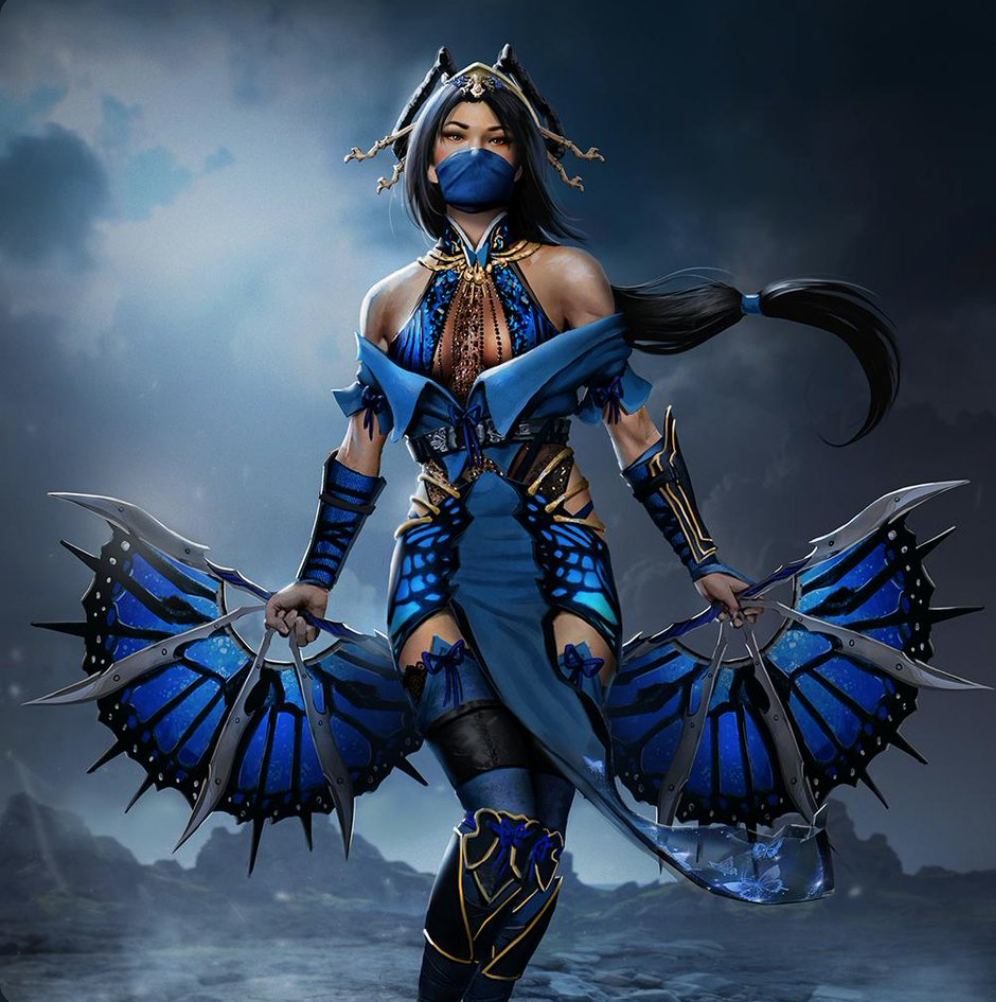 Jax was hype some people are tripping.

His Fade is clean and so is his gameplay.

if we dont get Dvorah next week I'll die I swear on boons life...

You know, I thought that was wrong but I didn't end up correcting it, these dudes were going to fast. Fixed!

Shao Kahn is back!

I'm in love with classic MK2/MK3 Liu Kang. Aesthetically he looks f*cking gorgious and gameplay wise he has everything I wanted. Very impressed.

Liu Kang gave me 7 out of 10, they could have done more, but they probably have as they didn't show everything yet.

Kung Lao gave me 8 out of 10, really awesome, and I LOVE Great Kung Lao + hat control!

Jax gave me 6 out of 10, I did like the glowing arms thingy, made Jax somewhat more interesting to me.

HellblazerHawkman said:
You know, I thought that was wrong but I didn't end up correcting it, these dudes were going to fast. Fixed!
Click to expand...

Thanks, man. Means a lot to me. I know it sounds nitpicky but Bruce Lee's movies have everything to do with why I played fighting games when I was a kid or why I became a martial artist. Even though he was dead for 9 years when I was born, he still influenced me.
Pretty awesome.

Still holding out for Shoa Kahn to be shown off before the game comes out.

Off topic, can someone who already played the beta tell me if klassic towers are available?
T

Living Corpse said:
Still holding out for Shoa Kahn to be shown off before the game comes out.
Click to expand...

that what i m thinking to drive up preoders

Living Corpse said:
Still holding out for Shoa Kahn to be shown off before the game comes out.
Click to expand...

They already said they are showing him off before the game comes out in one of the Q&As, maybe last week or the week before. You can stop holding out.
T

mikeraskol said:
They already said they are showing him off before the game comes out in one of the Q&As, maybe last week or the week before. You can stop holding out.
Click to expand...

i imagine he going to be last of the last podkast

All great showings, but Liu Kang completely stole the spotlight for me. Literally made to be my rushdown pocket!

JINNOCIDE said:
Off topic, can someone who already played the beta tell me if klassic towers are available?
Click to expand...