How the FUCK do you beat Kabal?

Marinjuana said:
Yeah the air saw is very frustrating for me. Unavoidable chip and it's like an anti-anti-air. Those type of moves always get me and my character doesn't have a great answer against it. Good advice in here though, think I just need to figure out the risk reward better here and maybe panic less if I have to block a couple JI2s.
Click to expand...

Who do you play?

Blewdew said:
there is a reason why kabal gets absolutely bodied by good zoning characters.
Click to expand...

Not counting shang and maybe still geras, I don’t think he actually struggles against zoning that much. There aren’t many zoners in this game as it is, and besides shang and geras I don’t even think he really outright loses any matchups

SonicNinja3532 said:
I don’t even think he really outright loses any matchups
Click to expand...

That’s Kabal in basically every game he is in. The character is designed to just be good. And there’s nothing wrong with that tbh.

Personally I block. Kabal has shit staggers. If you get hit by f22 staggers you deserve to lose. Combine that with mediocre zoning and mix up variations that are high risk low reward. I dunno what advice to give OP, stop upplaying maybe?

Your circumstances are dire!

Personally for me (I play kitana) I just outspace and outzone him. Kabal players love to mash after their slightly negative strings so you always gotta check them with pokes.

Well....Who is not broken in this game? Only the bottom chars.
Look at Thunder wave for ex. The problem of that variation.... is that...is just so fair comparing to the rest.
He is the best player in the world...so...I would listen to him.

BRAZILIAN SHEEP said:
Well....Who is not broken in this game?
Click to expand...

How about no one?

Everyone Has A Path

"How the FUCK do you beat Kabal"
Three people give him extensive matchup advice
"Nah hes just busted"
Click to expand... 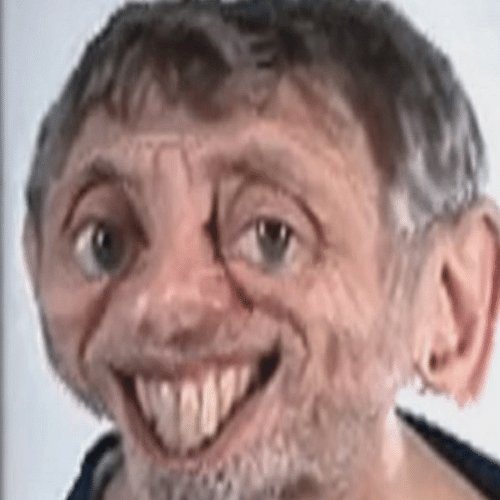 Everyone Has A Path

Did you read our posts with your eyes closed or
P

Absolutely key. I have the most difficult match ups with Noob and Kollector because Noob can use his spectre to get in but not put himself in harms way and Kollector can follow up with stuns and parry buzzsaw.

Question: anyone have experience reading and neutral hopping over the B1 or B4 pokes that Kabal mains often use to mix up and start combos on blocking players?

Edit: Also frustrating for a Kabal player is breakaway when fully committed to a combo string. There isn't a lot of options for restanding with Kabal so breakaways can fuck up the works.

princessartichoke said:
Question: anyone have experience reading and neutral hopping over the B1 or B4 pokes that Kabal mains often use to mix up and start combos on blocking players?
Click to expand...

What do you mean by this?

Honestly the only advice I can give is to play Warlock instead lol I don’t know anything about v2 but I do know v1 destroys Kabal hard,like potential worst matchup in the game hard
P

SonicNinja3532 said:
What do you mean by this?
Click to expand...

I think I was brain dead (or just suck). I meant D1 or D4 poke. I use them to steal my turn back or keep pressure on the opponent if I'm getting a lot of stand blocking resistance. A quick low into a mid combo string. I think I see it so often with Kabal mains, it might be punishable with a quick jump overhead. Wondering if anyone does that when facing Kabal or if that is just a general strategy with every character.

princessartichoke said:
I think I was brain dead (or just suck). I meant D1 or D4 poke. I use them to steal my turn back or keep pressure on the opponent if I'm getting a lot of stand blocking resistance. A quick low into a mid combo string. I think I see it so often with Kabal mains, it might be punishable with a quick jump overhead. Wondering if anyone does that when facing Kabal or if that is just a general strategy with every character.
Click to expand...

SonicNinja3532 said:
I don’t feel like you’re explaining it clearly bc I’m not following at all lol
Click to expand...

I thinks he/she meant to ask if anyone has experience avoinding/punishing his d1 and d4 with something like a hop attack or if it is possible to do so.

MadPropz101 said:
See this all sounds great on paper until you actually play against him. Spawn has great range but he is really freaking slow compared to Kabal. Kabal has mids leaking out of his ass, and much batter staggers. It would be nice if you could block his air projectile from upclose and punish that at least, but he recovers too quick, and using the cape parry is a hard read because the startup is crap and it's hella unsafe even when you cancel it. Than there's the 34 issue, can't use his chain game against Kabal.
Kabal has more useful kb's as well, they are all practical. Who the hell is going to let Spawn throw them when he's in the corner?
And yeah about throwing "green shit", one nomad dash and you get full combo'd, and when he is in fb territory you can say goodbye to zoning him.
He can do anything he wants and you can't make one mistake otherwise you're DoA. B1 shimmy, F2 shimmy, F4 shimmy, everything's a fucking shimmy with this guy.
Oh yeah and he has a throw KB LOL
Click to expand...

Spawn's standing 3 is faster than anything Kabal has if you space it out and Spawn's projectile is faster, but if you wait and Kabal gets his out, he wins the trade. Spawn also has much better movement. Standing 3 is a great Anti-Air and should beat any of Kabal's jump ins. Learn Kabal's frames. If he's barely minus then check him with a D1, when Spawn's D1's hit, 11 jails and he's plus off of that so that's where you get your pressure. If he's trying to shimmy you, from some range, standing 3 will beat his options.

Moderator
You can maybe try out-zoning him or anti-zoning him with some character. Ice Machine Frost has that DD1 anti-projectile shield. Jade has her purple flashing shit. Nightwolf has his reflect-and-teleport. Or you can try to play a character with a teleport to get in or keep away: Scorpion, Cetrion.. Just some ideas.

Kabal is definitely a hard match up if you can't deal with his projectiles so is kitana
For me joker shuts him up from a distance but once I'm stuck in corner it's gameover for me ,as I'm not that good with joker yet so I usually go with outtake JC too bad I can't outzone him as his projectiles cause a knockdown that's where he has an upper hand on cage(if we trade )
**Turtle your way to him duck his shit and be aware of his nomad dash as it's almost unreactable except for full screen
**Whiff punish his jumpins and his wakeups if you can bait it
**With cage if I read a jump I can get him with a shadow kick or simply a high force ball if you can do something similar with spawn then use it
**Bait his nomad dash it's very punishable
** 99.9% of kabal players will jump away in the beginning of the round if he's planning on zoning you , in this case
STEADY ...AIM ...FIRE ,ANY PROJECTILES YOU HAVE IT'LL GET HIM

** For his overhead/low kb you can fuzzy block it'll get most players or if you're unsure of blocking it release block after the second hit and it'll negate the KB(lower damage taken ) but don't do it too often as he can cancel into nomad dash for a full combo
** Be aware of empty jumps followed by throws but in the same time go for throws when it's least expected I saw that spawn has good dashes ,use it
That's all I have against kabal ,hope it'll help
You must log in or register to reply here.
Share:
Facebook Twitter Google+ Reddit Pinterest Tumblr WhatsApp Email Link
Menu
Log in
Register