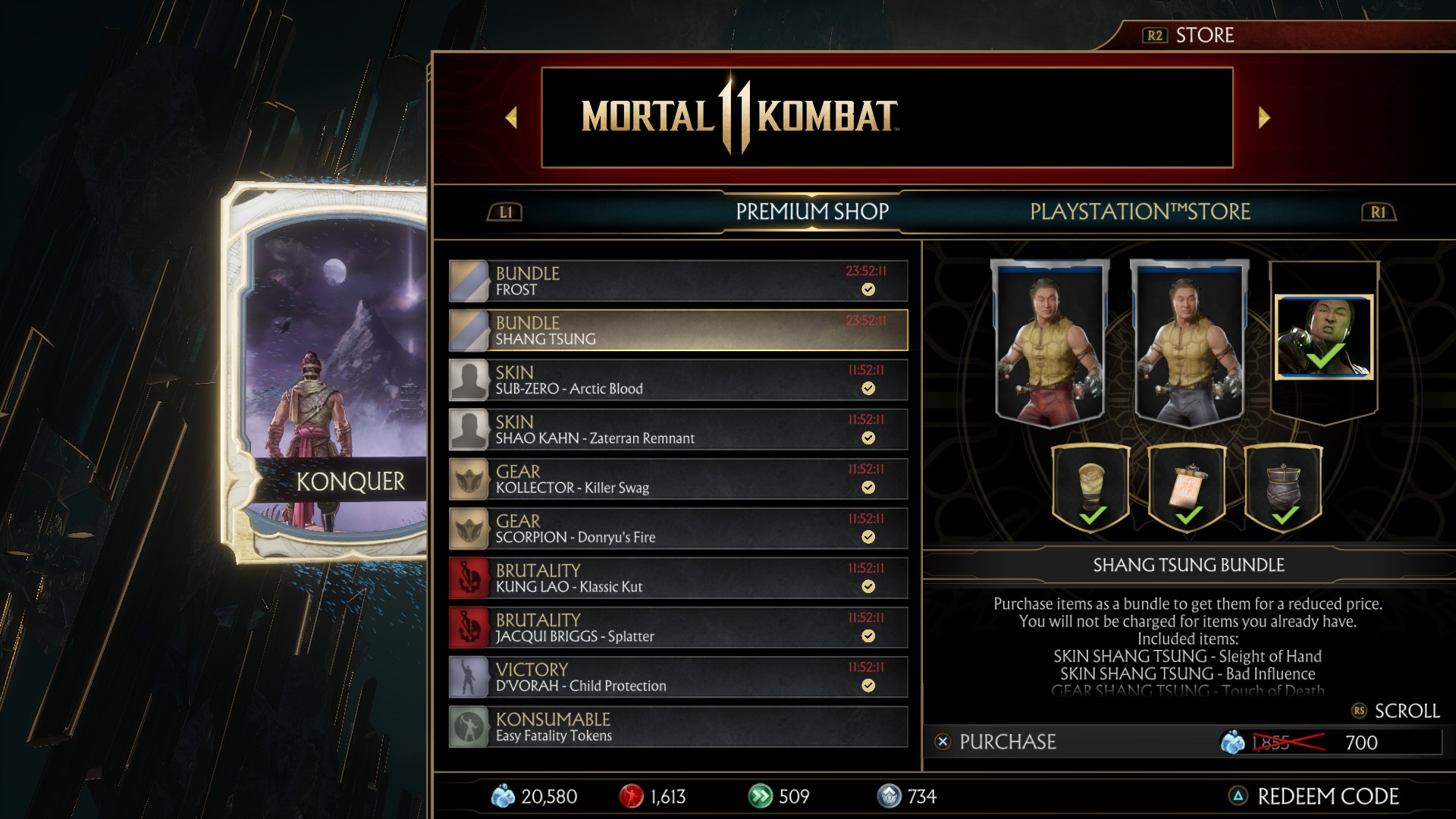 Thanks NRS but I already paid for Shang

So nice to finally have something new and unique to buy from there, I actually get jealous of the fact my son constantly wants so much weekly new tat for sale in Fortnite and Rainbow Six Siege, yet we go literally months on end with nothing except just shortcuts from the towers of time grind.

I'm not a fan of micro transactions, but in a game that includes them with so many costume options, at least make it seem worthwhile that the micro transaction element actually exists ya know? Not including any of the skins that came with pre-ordering (and then completing) Aftermath, I think all we've had in the last year in the premium store that's unique from the Kombat Pack and skin packs are the female ninja skins, Kold War Skarlet (I already had her as full DLC though), two shades of Cangaceiro Kano (obviously some may already have this as full DLC depending on territory), two new shades for movie Shang and now (so far) two shades of jacketless movie Shang. If they make me want to waste money on crystals, properly entice me!

Have been consistently completing the weekly Race Against Times in the top 10% to boost my crystals for such occasions as this, and looking forward to the jade-green shirt version (hopefully tomorrow?) but do hope we'll get some more unique skins in there soon to really make me feel rewarded for the crystal grind (or REALLY cool stuff I'll be happy to pay for).

Huh... well so much for the other two shades being in the store today