Will we ever have the original Raiden back? 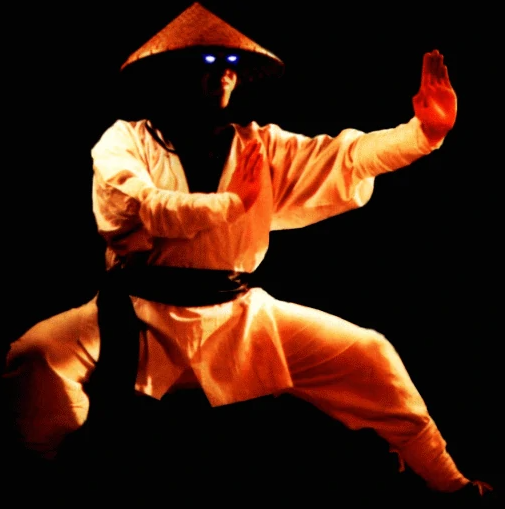 First and foremost, I like almost every version of Raiden. However, I'm already tired of the "wise mentor that makes a ton of mistakes" characterization that he's been having since MK4.

He was also a good guy in MK2 but then he missed MK3. He wasn't brought back until MK Trilogy.

Then there was Dark Raiden in the 3D era, which was fine, an interesting twist of the character. They botched it in MK11, though.


At this point I'm missing the original Raiden. He was more of an asshole who didn't care much about Earth lol it's like he just wanted to prove he was a badass fighter. 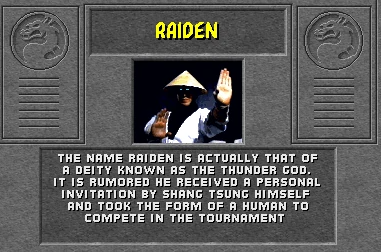 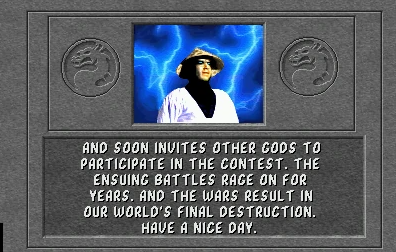 In fact, he sounds mysterious in the original bio. Like... a god was invited to the tournament?! Is he really a god? That's something the other fighters would be wondering.


And the portrayal of Raiden by Christopher Lambert in the MK Movie is interesting because while his Raiden was a good guy, he was also a sarcastic smartass and it's so entertaining.

Like, can you imagine our current Raiden slow-clapping at the Earthrealm warriors and saying "what are you going to do about Kronika?" with a smug face.

I think going back to a more sarcastic and badass Raiden that could still be a good guy would be the freshest take on the character in decades.

I used to dislike the Dark Raiden concept but I have to admit for the portions he existed in MK11 I really appreciated how he just wanted to get shit done.
Definitely would like a more stone cold Raiden in the future.

Administrator
Premium Supporter
I just wish they would give him back his Superman scream. HADAWADAWAAAAAA!!!

The first thing that came to mind:

“STONE COLD RAIDEN IS GOING TO GO TO OUTWORLD.”
WHAT?
“DRINK SOME BEER“
WHAT?
“KICK SOME ASS“
WHAT?
“CUZ THAT’S THE BOTTOM LINE BECAUSE STONE COLD SAID SO!”

That Don't Impress Me Much

This is semi off topic. But watching that clip, Linden Ashbey looks shorter than Robin Shou and Bridgette Wilson. Although, it says Robin Shou is 6 feet tall and Bridgette I knew was a supermodel at one point before acting and she is 5'9. So in heels, especially at that age she could probably add another 3 inches to her height. I also know Robin, Linden, and Lambert have done interviews etc or other work but finding pics of Bridgette as of recent took digging. I did manage to find these in early 2019 courtesy of Getty Images. It looks like in one she is with Pete Sampras but they aren't sitting together. One is a bad angle and the other is a day before and she looks really. Granted these are 3 years ago.

Anyhow...I guess she doesn't need to act as she's rich. I would imagine, Chris and Robin are too. Not sure about Linden. I do remember Ashby right after MK he was on Melrose Place. I guess he got tired of doing the action stuff? And decided he'd rather get paid to make out with Jamie Luner and the other ladies. I think that was the only woman he was with on that show though? I can't remember. To be fair, the men were 10+ years older. So...I would still say they probably above average looking still.
B

I love the thread dedicated to Raiden

Now I must say, I see what you mean about the original Raiden and I think that's what got me into liking him I was just like "whoa, that dude looks scary, you don't wanna piss him off lol."

However, I feel like Dark Raiden brings that feeling back they botched it in STORY MODE. But everything else about Raiden in MK11 is PERFECT imo. Costumes, win poses especially intro dialogue.

I feel like this is the best Raiden has ever been represented in a nrs game since his debut.

(Edit: I also liked Mkdc Raiden I thought that Raiden was dope. But this one is best of both worlds with light and dark

As a huge fan of the character, i would like to see him wise as god again. instead of dumb god.

"Mind Over Matter" I dont mind, and X dont matter

RoboCop said:
I just wish they would give him back his Superman scream. HADAWADAWAAAAAA!!!
Click to expand...

Saltea Moonspell said:
Some people dont stop searching for the answer we all wanted to have the answer to for the past 20+ years