Why don't you play Tekken?

So this game has a pretty good fan base but its not HUGE. But tekken is almost flawless. There isn't much room for any complaints when it comes to this game. It's incredibly balanced. You would think everyone in fighting game communities would love it. So I'm jw, why don't you guys play it?

At this point it's an old man's game. There's a lot of red tape you need to get through before you can even start playing the game and that turns off a lot of people. That's why it's generally the same players doing well in Tekken.

Premium Supporter
NetherRealm Studios
It's boring to watch, has lame feuds and personalities, the art and gameplay is stale, requires too much legacy knowledge, no one good plays here and it's basically impossible to become the best in America anyway.

Most Tekken players seem like they don't even like the game. So why would anyone else want to play it?
Last edited: Dec 15, 2013

I heard there are hardly any projectiles if so. That's a good reason for me.

GGA 16 Bit said:
It's boring to watch, has lame feuds and personalities, the art and gameplay is stale, requires too much legacy knowledge, no one good plays here and it's basically impossible to become the best in America anyway.
Click to expand... 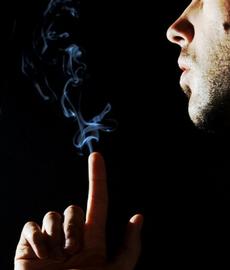 I do play tekken. I don't really like ttt2 that much though. A lot of tekken players feel the same. It is a good game but it just doesn't do it for me. I liked DR better.

Ive played Tekken for 15 years. Its a great game, but imo they have made it way to unnecessarily complex. To learn this game properly,(how to defend against every character, combos, setups , strategies and mind games), you would need to study for at least a year, maybe more. TTT 1 was the best! not to hard to pick up and learn, but still had amazing depth.

TTT2 has gone way overboard, far to many moves and far to many characters. I still play it every now and then, but i stopped practicing this game many years a go.

Namco needs to learn that you don't need to make a fighting game overly complex for it to be fun.

Getting better with age

I started w TTT2, so I'm just waiting on the next 1 vs 1 Tekken that doesnt need derpy "coins" to play.

dont like the juggling
too many moves
not sure which one to use
its ok, but ssf4 is more fun

16bit hit the nail on the head. I've really never liked the character design or world building of Tekken. I know that might seem ridiculous but I can't get into a game solely for gameplay mechanics. It holds me back from enjoying several of the 3d fighters (Tekken, Virtua Fighter, and DoA).

I played it because i liked armor king. I found a better version of armor king now tough

the game needs a reboot, the changes they make to every new tekken game aren't that much of an improvement and some changes actually make the game worse.

Namco is no 1 on characters, both in Tekken and Soul Calibur franchises they were always making the most iconic martial artists. You have to like details in moves to play Tekken. The only true problem this franchise has is high dmg combos, and TTT2 pushed this matter to the limits... plus the whole new hitbox logic sucks, whoever played it gets what I mean
(Tekken 6 forever)

Hidan said:
Namco is no 1 on characters, both in Tekken and Soul Calibur franchises they were always making the most iconic martial artists.
Click to expand...

I disagree. Then again I have a large distaste for Japanese studios and their approach to character design.

Tekken is actually my favorite fighting game franchise. I'm probably the few casuals that like the complexity and high execution (I also play KOF). The movement and spacing game are pretty good as well, you can cancel a dash or sidewalk with pretty much anything.

The game is the best looking fighting game I've seen for the past generation, and the character design to me is pretty awesome (I love the just frame moves such as electrics and JFSR). Initially hwoarang was my favorite character, but Steve Fox took the cake when I saw how he could bob and weave, as well as his gattling gun, one of the sickest moves I've seen in a fighting game:


However I can't blame someone for not liking the game. The tekken scene is hella old, and not as inviting as compared to the MK scene. Years upon years of moves and mechanics added means trying to get in and play at a high level involves years of playing catch-up, and the complexity of tekken has been it's Achilles heel atm (this is why tekken has few new players coming in to the scene as compared to injustice or mk). Most tekken players (such as Aris, and Rip) know the next Tekken game is going to be drastically different, which at that point I'm not sure how the Tekken community is going to accept it. I like the execution, and actually don't want it to be oversimplified, but it's for the better of the scene I guess.

To add to this point, most of the Tekken players playing today are the same players that played Tekken 1,2,3 back in the arcade glory days. By now, those people don't have the drive to travel to tournaments like they used to, or life has caught up with them (having a family, professional job, etc). The lack of new blood has also hurt the scene as well, as compared to NRS games.

I'm going to tag Aris and Rip because this is a topic usually discussed at the AvoidingThePuddle podcast. I'm not sure what it would take to get people back into Tekken.

TLDR; Most people don't like tekken to how complex it is (I like the complexity). The tekken scene is old, and the lack of new blood has hurt the scene. Namco is going to have to appeal to simplifying the game, which at that point I'm not sure the game will be recognizable.

They don't have to simplify it, what it needs to draw new blood is goddamn tutorials. Add frame data in the form Injustice did, but write them down properly as Virtua Fighter did. Also a few BASIC tips that no one in almost any forum fail to mention could be added, like sidestepping increases move tracking. Anyway as long as every Harada tries to just hype the world, the game will be the same

I enjoyed it when it was on the playstation years ago, but I don't care for it now. As an adult I'm noticing that I don't like 3D games. The only one I do like is Budakai 3, and they're done with that franchise. I hate to say it, but Tekken looks boring and uninteresting to me.
You must log in or register to reply here.
Share:
Facebook Twitter Google+ Reddit Pinterest Tumblr WhatsApp Email Link
Menu
Log in
Register