In today's stream, Arcsys gave some details about the future content of Guilty Gear Strive contained in the Season Pass. 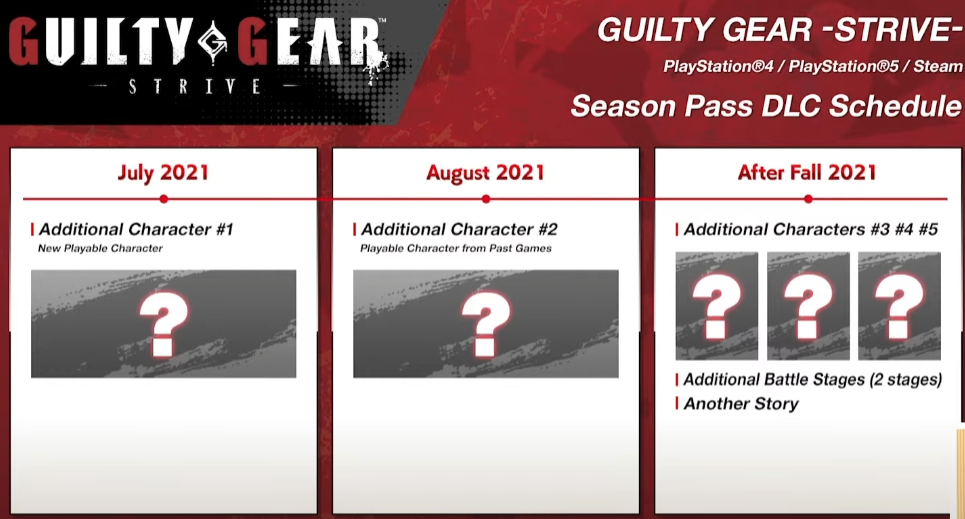 The first DLC character will be available in July. It is a new character that was never playable before.

The second DLC character will be available in August, and this is a returning character.

They will release more information after the second DLC character regarding all the other content. Three more characters, two stages and more story content. 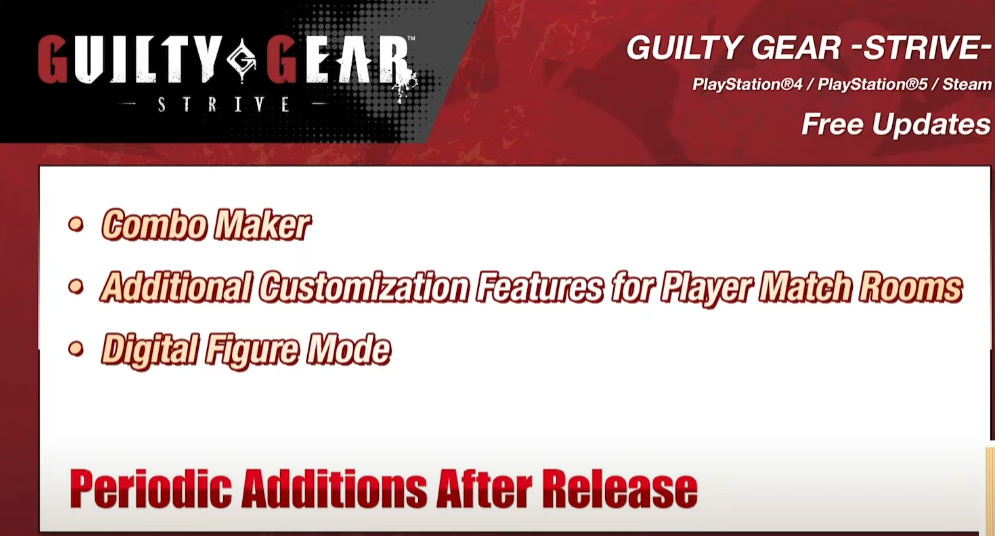 These will be free updates for everyone, doesn't matter if you own the Season Pass or not.

Combo Maker is a feature that will allow you to record your combos and upload them for other players to download and try to match. They expect players to do innovative and crazy stuff that would surpass the Mission Mode.

Digital Figure Mode is probably going to be similar to Revelator's. But they talked about adding new features, so more info will be available later.