With the zoning buffs summoner is the best imo

STB Shujinkydink said:
With the zoning buffs summoner is the best imo
Click to expand...

What zoning buffs? Something universal that helps zoning or what? I'm out of the loop.

Yes. But it seems to have some issues. Armour doesn't work correctly all the time.

Rostendorf said:
Yes. But it seems to have some issues. Armour doesn't work correctly all the time.
Click to expand...

Seems to be a thing with a few characters

Rostendorf said:
Yes. But it seems to have some issues. Armour doesn't work correctly all the time.
Click to expand...

Yeah I was testing the armour yesterday using Jason and I didn't get the 3 hits of armour once, maybe the time the armour is active is just really small

STB Shujinkydink said:
With the zoning buffs summoner is the best imo
Click to expand...

I think with the universal armor changes, and characters just being more meter intensive, Sorcerer is finally gonna be better than Summoner because of the meter drain.

He still safe 50/50s you in the corner, can still zone very well and the opponent won't ever be able to armor if you manage their meter properly with the purple spell.

With that being said, the difference between them is probably going to be so small it doesn't matter so im most likely sticking to Summoner myself anyway.
A

for me it's only on paper, but the entirety of why i picked summoner was overwhelming offense and by far the strongest mixups with the htbs and vortex.

edit: made it a spoiler since it's an irrelevant tl;dr for most people, i'd assume. just thought i'd explain for whomever was asking me.

i think zoning sucks in general in this game, and i think NRS zoning lacks fundamentals that make it the potential deep mental battle that exists in strong 2d fighters (particularly projectiles cancelling out hits on each other and typical reflect/absorb properties.) also the existence of moves that can completely circumvent the zoning situation on-reaction (the worst) or reads (less bad, but still not great design) at low cost, especially in such a pressure-heavy game, skews the power balance of a zoning strategy vs. a mixup/pressure strategy.

this is largely because of the inherent design itself not allowing the zoner elements of counterplay to a lot of the approaches, aside from 'not doing it' in the first place. for instance sub-zero's slide/ex slide, it can on-reaction go through a lot of shit and completely negate a lot of a zoner's tools from a distance.

there're no roman cancels or fadcs here for a zoner to throw a projectile, predict the opponent slide on-reaction, and then punish it with a meaty low poke (or similar counterplay options,) and so instead we end up with a zoning game where these things simply just cannot be used or they'll be straight up beat, which favors the aggressor because it's easier to close a gap while both people are hesitating to throw out unsafe moves, which in the end is in the advantage of whoever is stronger up-close, which is by design not the zoner.
in general i really dislike the design of zoning in this game and i find it's usually either too strong in a bad (read: fraudulent) way, or it's too weak to be reliable.

so, of course i wouldn't like a change that changes him into a focus i dislike. the warlock vortex along with portal kick and alleged armor makes him seem far superior, especially since i don't think the zoning will be much weaker than summoners at harrassing (only lower damage from the zoning itself,) but with a much stronger up-close defense and mixup game.

i also think sorc can contend with summoner as i think sorc might have the stronger setplay with runes, and i think fullscreen armor/meter rune arguably makes him the strongest zoner as he can reliably trade/counterzone at fullscreen. i think that strength seems stronger as a reliable gameplan than simply getting more damage off zoning, but admittedly all of this is on-paper, and i'm sure i disgust most of the loyalists here with how easily i discard him, but this is just how i feel!

edit: thought a bit more about it but summoners corner game might still be stronger than sorcerer as i assume he'll still have the 141 hard knockdown htbs into damage which should be loopable, right? depending on how good his damage is he might still be okay with strong corner carry and mid/fullscreen unbreakables (are they still unbreakable or have there been some change?)
Last edited: Oct 5, 2016

Actually I've just thought, his zoning took a little hit with ExSkull losing some of its advantage.

If it still frame traps into skull full screen then he'll be fine, well he'll be fine anyway don't get me wrong, the move may just have a lot less utility now. Pre patch ExSkull was the best projectile in the game, maybe even one of the best moves full stop.
Last edited: Oct 6, 2016

More Ass and Tits for MK11

@STB Shujinkydink what happened to your YouTube channel man???

Whats wrong with it?

More Ass and Tits for MK11

Aramonde said:
Whats wrong with it?
Click to expand...

I couldn't find it on YouTube for some reason earlier today, but it's all good it popped up again

Kooron Nation said:
I couldn't find it on YouTube for some reason earlier today, but it's all good it popped up again
Click to expand...

legion666 said:
So I lab bed it a bit. Midscreen you can get only the normal bat to hit, meterlessly it can only be comboed into a rune for 13%. But using the Ex Trance you get these:

BUT ! We can also get a vortex in the corner - it is hit or throw (considering we don't have an overhead anymore):
Hit:

Throw ( I messed it up in the end but you get the idea):

If you do the back throw you can just do the midscreen MB throw combo.
Man, didn't think a vortex was possible without the overhead)
Click to expand...

@WhoIsYams wanted to make sure you see these if you are coming back to Quan, how practical do you think this will be?

legion666 said:
@WhoIsYams wanted to make sure you see these if you are coming back to Quan, how practical do you think this will be?
Click to expand...

Oh yeah if you run cancel into trance after the midscreen throw one you can get meterless trance to hit. It feels a bit inconsistent though tbh.
A

Hello everyone! I am ArnKratos, the best quan in CIS, and I am looking for good and strong sorcerer player in EU. If there is no quan players I need a East Quan sorcerer player but with videos of gameplays.

ArnKratos [USER=1014]@PSN[/USER]: Aram_M said:
Hello everyone! I am ArnKratos, the best quan in CIS, and I am looking for good and strong sorcerer player in EU. If there is no quan players I need a East Quan sorcerer player but with videos of gameplays.
Click to expand...

we are not worthy. I suggest you try the AI on Very Hard
A

XD. I want to learn a sorcerer professional player's tactics for my future guide

STB Shujinkydink said:
we are not worthy. I suggest you try the AI on Very Hard
Click to expand...

don't jump on him, not that it matters but I have him on my fl and he's a strong player as most of the non english russian players

legion666 said:
@WhoIsYams wanted to make sure you see these if you are coming back to Quan, how practical do you think this will be?
Click to expand...

Yo this stuff is beautiful. God bless real ones like you and @The_Tile for finding new stuff during the dark times. I'm not worthy lol
A

actually, having played a fair bit now, i've changed my opinion and i agree more with you guys. warlock is useless, and summoner is better than i thought. summoner zoning in general is actually stronger than i would've expected on paper, so i'll have to rescind my earlier statement saying there's no point to go summoner over the others.

with that said, though, i personally prefer sorcerer, and i still don't really find summoner that strong outside of some matchups. i even prefer sorcerer for zoning/counterzoning over summoner, because if i hit a fullscreen rune, the armor portal generally feels like it gives me way more momentum and counterzoning strength than just bat summon does (for instance, against an ermac, even if i get a bat summon after full screen kd, when i send back/do another special, if i don't hold block, i can easily get tagged by a random teleport. whereas the armor spell prevents those concerns and you don't have to hesitate so much with the zoning itself.)

i also think dark magic is pretty good as i feel the game itself seems a lot more meter-dependent.

the only downside to sorcerer now is the fact that hex seems to have no practical applications at all anymore, which is very weird to me. like, can anyone tell me what's the point of the move now?

edit: one solution i could think of would be to make hex add additional blockstun so he could jail like previously, without affecting him outside of hex.
Last edited: Oct 13, 2016 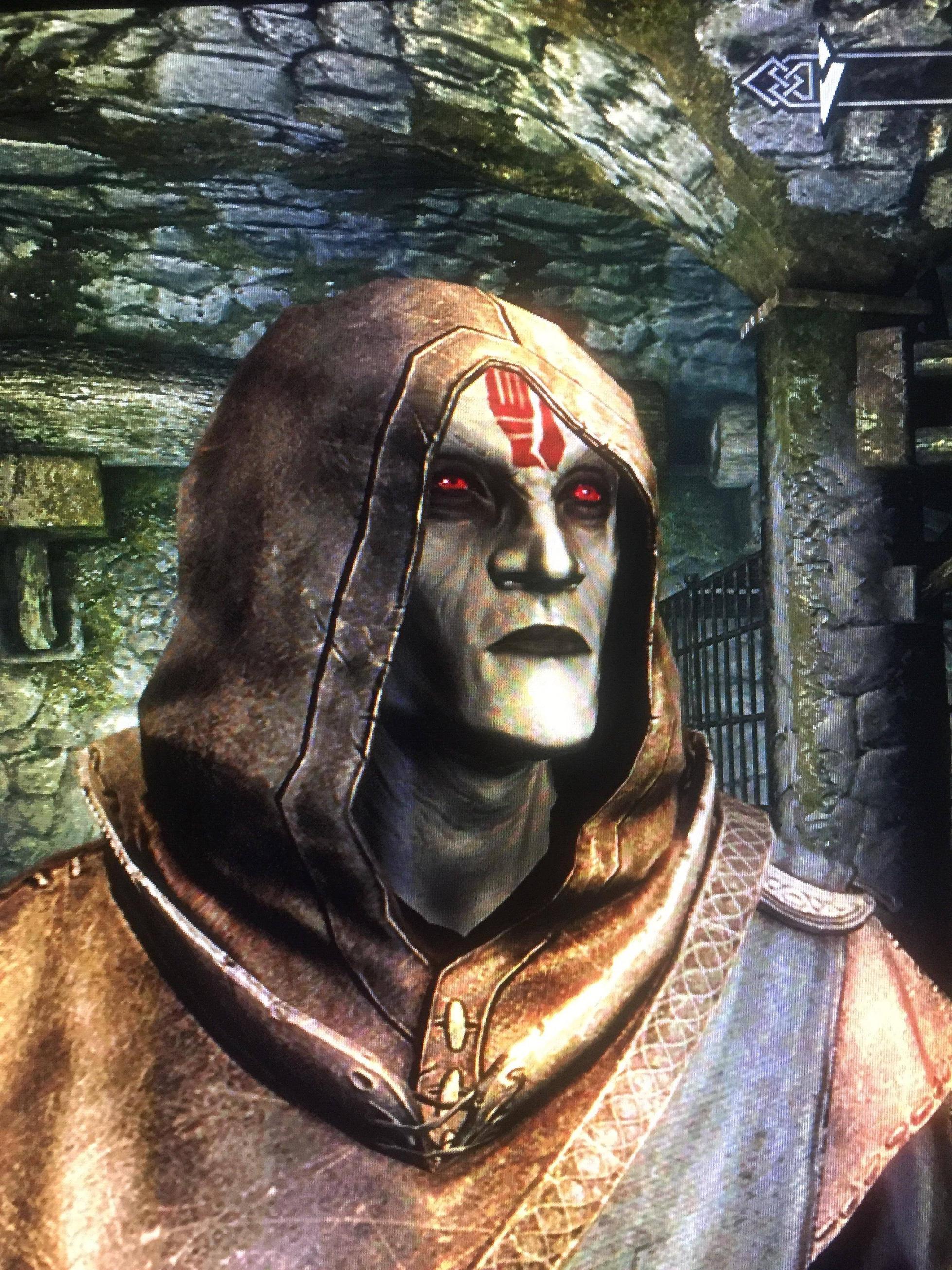