Lead Moderator
Premium Supporter
I made this during the beta, I don't know if a lot of this stuff changed but I hope it helps someone.

If y'all have better ones I'll write them all out here. I used NRS notations cause I don't get the 932843245gkjlksdjflksd anime stuff, my brain just does not want to follow that at all.

Vslayer said:
I used NRS notations cause I don't get the 932843245gkjlksdjflksd anime stuff, my brain just does not want to follow that at all.
Click to expand... 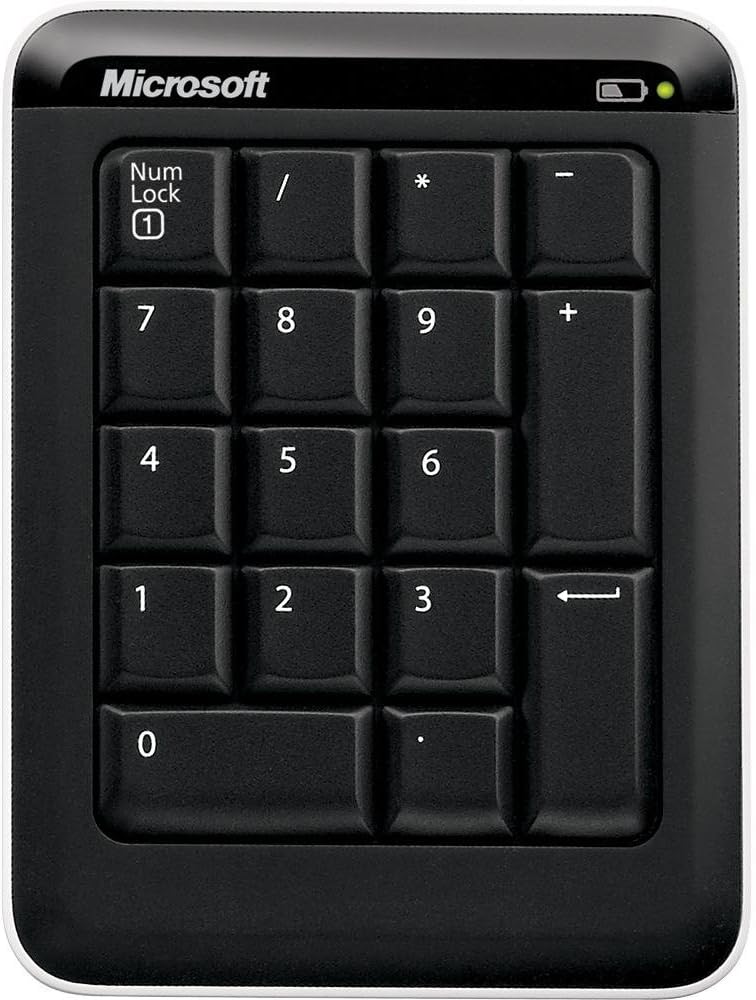 Err. Nothing from beta1 times is of any relevance to the Nago of modern times.

fluffybunbunkittens said:
Err. Nothing from beta1 times is of any relevance to the Nago of modern times.
Click to expand...

Lead Moderator
Gonna give this a look cause I wanna play Nago and maybe Jam(when she releases as DLC) cause nobody else is jumping out enough at me right now other than them.

I was/am currently playing Faust but I feel like my brain isn't wired for all the shenanigans.

Espio said:
Gonna give this a look cause I wanna play Nago and maybe Jam(when she releases as DLC) cause nobody else is jumping out enough at me right now other than them.

I was/am currently playing Faust but I feel like my brain isn't wired for all the shenanigans.
Click to expand...

Apparently this stuff doesn't apply anymore, I don't have the game yet though so I can't say. I'm sure some stuff still connects though.

You basically want to get used to hovering around 2 blood bars, to get the improved speed/range for your sword normals, and mostly rely on using the tele-dashes... until you land something that reduces your blood (like forwardH or particularly the cmdgrab), because then you have room to throw in a special as well.

Unlike most characters, Nago doesn't really want to use meter for red RC, but more for purple RCing whiffed cmdgrab to be safe, or to do the reversal super.

Of streamers to check out, Fame96 is a good example of this methodical style, while Hotashi is a lot more yolo on meter usage.
Last edited: Jul 9, 2021

Vslayer said:
Apparently this stuff doesn't apply anymore, I don't have the game yet though so I can't say. I'm sure some stuff still connects though.
Click to expand...

The good news is the only thing in your vid that is no longer applicable is the otg hits after landing H buttons since those knockdowns got changed.
The bad news is all of it is super unoptimal and leaving a ton of damage on the table as they're basically unfinished combos since he can cancel specials into each other on block or hit.

I main this character so I can share what I've got when I'm feeling up to it (I don't wanna just dump a bunch of combos in a list here) but here's a clip I made a little while ago showing an example of punishing an opponent's YRC attempt and the difference in Nago's options whether he's landed a bite beforehand.


btw, numpad notation is also used in Soul Calibur, Virtua Fighter, and DOA so it's not just for air dasher animu games. It's pretty easy to learn like any other notation.
I think Tekken and MK use similar notations because both games use the same 4-button limb concept.
It's kinda interesting how each community landed on their notation style, something I've thought about a lot.
Last edited: Jul 9, 2021

Post all that you have here! I'll main him again once I get the game.

(this is gonna be a little disorganized, sorry)
This is gonna be mostly about his combo theory than me listing a bunch of combos, I hope that's okay for now.
Tbh the first thing any new Nago should learn is how the blood gauge works. It seems like skipping ahead, but nothing else gets off the ground without this part.

Everything that happens to it occurs over the course of either 3 (spending blood) or 6 (refunding blood) seconds. This delay means you can actually cheat an extra move in here and there before maxing the gauge. Transforming can also be delayed by being airborne, while attacking (spamming jabs), or while using Faultless Defense.

All special moves (except command grab) spend blood; the dash is low cost while the other specials are high cost. You can get about 7 dashes straight before maxing out the blood gauge, and about 3 of the other specials. Getting greedy or impatient with these is the entire balancing act of the character since Fukyo (dash) gives him some of the best footsies in the game. Fukyo carries similar momentum that other characters can get with their dashes and he can make use of this for his pressure and combos. One of these uses is starting block pressure with something like c.S and the momentum keeping you close enough to tick Bite them if they keep blocking.

All sword normals except for close Slash and standing Dust refund blood on hit and block. These are also the only normals in the game that deal chip damage, and it's a lot of chip.

S buttons return a small amount of blood on hit, and even less on block.
H buttons return a large amount of blood on hit, enough to refund a dash, and on block returns the same amount as an S button does on hit.
The final hit of SSS behaves like an H button for returning blood, making the whole string his highest meterless blood refund outside of Dust combos or landing Bite.
SSS also has a lot of corner carry and is great for ending combos as is since it scores a hard knockdown in addition to the rest.
The final hit is unsafe and cannot be special canceled, but creates a natural frame trap for anyone trying to poke the gap for f.SS delay trickery. This can RC into an easy wall break.
c.S, f.SSS, RRC, walk forward c.S, f.SSS is braindead, extremely blood efficient, and will get you a wall break. Great option in a pinch.

Bite halts the blood gauge instantly and heavily drains it for the next 3 seconds regardless of its contents, meaning it will always give him negative bloodflow for those 3 seconds, which can be used for a significant boost in pressure or damage. Can be RC'd for a conversion into damage on the spot too like any grab.

6K is a really good low that frame traps off of 5K, and on counter hit causes the opponent to become staggered, and in this state grabs can combo.
An invaluable combo for all Nagos will be 6K CH~Fukyo forward, Bite. If you're already close up you don't need to fukyo but it's guaranteed so no reason not to.

S super pauses the blood gauge on hit until the final attack in its animation connects, then it will refund a large amount of blood over 3 seconds. If you get the far hit without the full animation you get no refund, but can still combo after this for decent cash outs.

Like fluffy mentioned, at higher blood levels his H sword normals gain range, damage, and speed. At 2 bars and during Bloodrage his H buttons all become as fast or faster than his far S.
His S buttons only gain gain range and damage during Bloodrage.
During a wall splat, depending on the combo that lead to it and how much blood you have will determine what you'll have time to break the wall with (5K/c.S/f.S/6H). Ideally you want to always break with either 6H or Super, but literally anything is fine as long as you get the wall break since that matters more. Jab it out if you have to, but c.S is pretty reliable here.

All of his H buttons have disjointed hitboxes on the entire sword, which gets larger with more blood so he can safely fish for DPs on wakeup and clash with them at no risk to himself, or challenge other character's options from crazy ranges. If attacks clash both players are instantly put to 0 (unless DPing) and can press something else immediately, so if you're expecting to clash with 6H for example you'll be able to mash another 6H for an instant counter hit if you were to clash with a DP.
All of his sword attack specials (red blade) also have disjointed hitboxes on the entire sword. The uppercut 623H (f,d,d/f4) also has upper body invincibility, making it a strong anti air (one of many he has) and can blow through some high attacks too.
6H on counter hit is like a supernova of damage and easily converts anywhere on screen for a wall break. His other H buttons are also massive explosion sessions on counter hit, but 6H is going to be how you end most of your combos since it forces a strong oki situation in Nago's favor.

Another key thing about this character is that if your blood is high you can use RC to bridge the gaps that the blood normally does, but that isn't to say RCing isn't worth doing when you have blood to spare either.
BRC and PRC are very good for him, but RRC has a couple particularly good uses, and learning how to fast cancel RCs makes the extra damage scaling no longer an issue without needing a different RC.
Also, for whatever reason Nago's basic throw doesn't seem to have the same scaling as everyone else's when doing this so he can get legit monstrous damage for landing one.

The RISC gauge system is also pretty essential for everyone to understand since characters like Nago are able to apply pressure really quickly and raise the gauge, then you get thrown by his unscaled grab RC'd and actually just die for it.
6H counter hit can also combo immediately into super which cannot be bursted. Can legit kill people with just this after building their RISC and going for a frame trap.

This went way longer than I intended but I'll end for now by mentioning that the cancel windows for using his special moves, either from normals or into other specials, is quite huge and allows you to delay your next move and create gaps so you can do things like delaying between 214H and 623H here:


And here's Nagoriyuki's Dustloop page for more details, which includes a page of combos that range from simple to more advanced.