The year is 1992. A small team in a small office in Chicago is working on a digitized fighting game, growing out of JCVD movies, Enter the Dragon and Big Trouble in Little China, with then unseen levels of realistic violence. At night, when everyone else goes home, the lead designer and programmer hangs around. He's a workaholic by nature but he's got another purpose.

See, two of the characters in his game are ninjas, distinguished in appearance only by the fact that one of them wears blue and the other wears yellow. And our hero has realized that combining blue and yellow gives you green...it'd take up no programming space and hey, wouldn't it be cool to have a secret character? And what if we stuck these kinda obscure hints in the game and made him really hard to fight, like an urban legend? 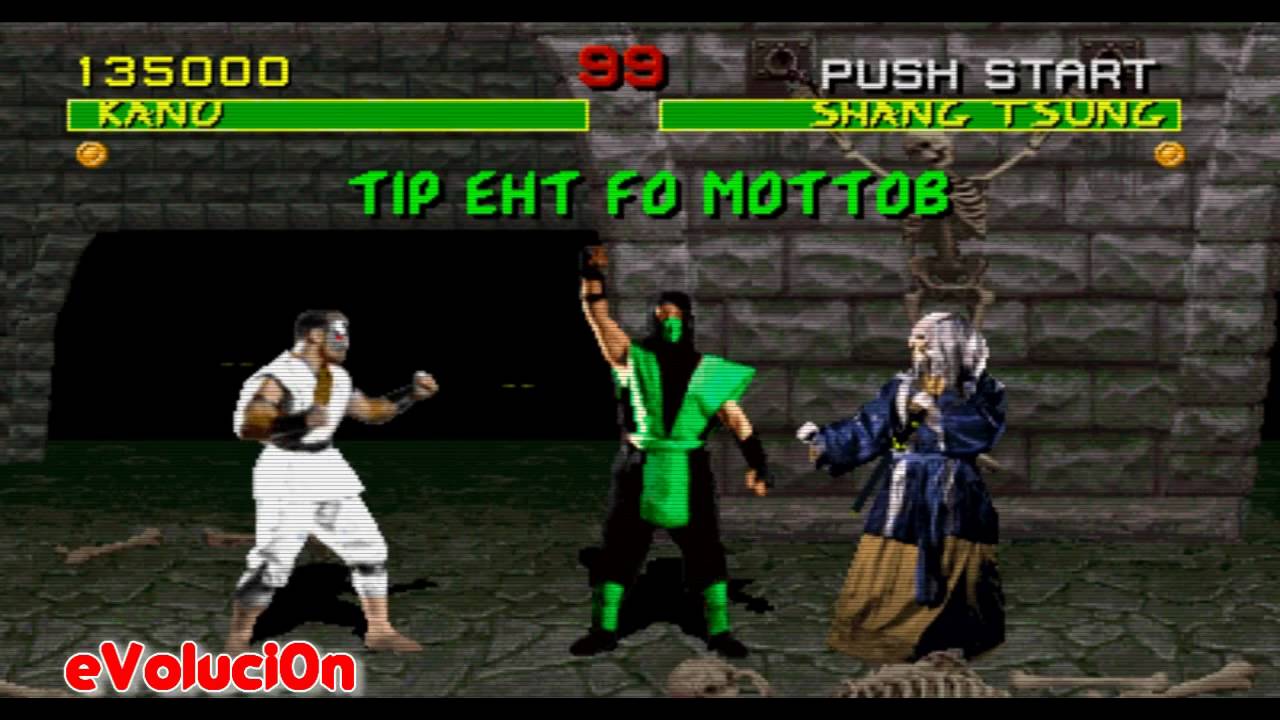 And thus, ladies and gentleman, the first secret character in Mortal Kombat history and the one of the first great video game secrets ever, was born. He would, in time, generate a massive backstory and a prominent role in the storyline that has done more than almost any other character to expand on the mythology of the series.

Before becoming the definition of an overused bad guy jobber, who gets routinely betrayed and kicked around in canon, with almost no dignity who speaks either pidgin English or elongates his 's' like a caricature, is afraid to have sex and is slowly devolving into a literal mindless animal. And he, quite literally, smells. Oh well.

"I am not a God of my word Reptile!"
*whomp whomp*

Of course, this is the one, the only, REPTILE! And here to cover the highs and many many lows of everyone's favourite lizard ninja, from wasted storyline potential to very questionable redesigns to the rare moments where he reminds you why he's one of the most iconic characters in the whole franchise, is the latest edition of the Lost!


Also, I would be remiss if I didn't include this absolute tune.


Personally, I absolute adore Reptile. As I've said previously, when I was 4 or 5, the neighbourhood kids and I got together to play Mortal Kombat. Not on console, but amongst each other.

We all trained in martial arts (at the very beginning levels obviously), from Karate to Tae Kwon Do to kickboxing (which was me) and we loved Mortal Kombat so we played make-believe. We stole a mattress from a field and dragged it back about 4 miles to the area near one of our houses. See, we could get on top of the garage and “uppercut” each other off the garage, over the fence and onto the mattress.

I was the youngest of the bunch, a good two years younger than the rest. So they quickly got dibs on the characters. I’d played the games but I didn’t know enough to pick one so I watched as Scorpion, Sub Zero, Shang Tsung, Raiden etc all got chosen as alter-egos. I vividly remembering tugging my friend Dean’s sleeve and asking what about me. He said “you can be Reptile” and told me about this guy who was really a lizard/dinosaur thing beneath his skin, who could turn invisible, spit acid, rip heads off with his tongue and create energy balls. I identified with Reptile as 'my guy' and he was, for at least a decade, my absolute favourite character in Mortal Kombat and possibly all of video games. Even to this day, every time Reptile is revealed I get incredibly hype. More than another character, he absolutely screams 'Mortal Kombat' and, even though I remain a firm advocate of leaving characters out of games to keep 'em fresh, without Reptile in a game there's something missing. And seriously, his potential is through the roof when you look at his storyline and the options he gives NRS in design. Reptile is, in short, the man. A beaten, abused lickspittle of a man but the heart of an incredible character lurks in there. In the midst of being downgraded to an ever present grunt and flunkie, a jobber for whatever protagonist we need to give an additional pointless fight to in their chapter, there is still a horrific lizard assassin masquerading as a human who can be inspire incredible sympathy and pathos as the last member of his race, who were driven into the path of Shao Kahn by one of the primary heroes of the game. Here's hoping NRS brings that awesomeness to light. Or at least lets the poor guy get laid and have his kid replace him or something.

I repeat: the man.

Also shoutout to Reptile in MK9 for being considered balance despite having literally every tool in the game. As always, check back to TYM everyday for all the latest news on Mortal Kombat, Injustice and everything NRS!
Last edited by a moderator: Aug 19, 2018

I will leave my seal on you!

Reptile is not a jobber by any means. A jobber is someone who has never won a single match in canon and never gets any respect from anyone and never gets to a top role, and yet he beat Cyrax in the MKDA storyline, which is canon as the original timeline is attached to the new timeline (with the only thing changed was the ending of MK Armageddon). Also, during both the original and main timelines, he was in top positions or at least equal ones to other members of his masters, like being a general in Shinnok's Army in MK4 and also being in the same position as the rest of Kotal Kahn's top warriors, and Kotal treat Reptile with respect, and he is even a friend of Reptile. So he is not a jobber and doesn't inspire sympathy at all whatsoever.

Also, how and when there was any indication that Reptile is afraid to have sex? And how he can do that when the only other Zaterran around is Khameleon and he can barely find her? That is just dump.

Also his primary outfit in MKX is the best one he has in the game. That mask along with the spiky shoulder pads and forearm pads makes him look extremely kool (with a K) and intimidating. That's not a skiing mask by any means. There is no Reptile outfit that looks bad at all.

Reptile is, at the end of the day, an amazing character that Midway/NRS have used properly and took his potential very seriously. Can he get higher then that? Yes, but has Reptile been used properly? Once again, yes.
Last edited: Aug 19, 2018