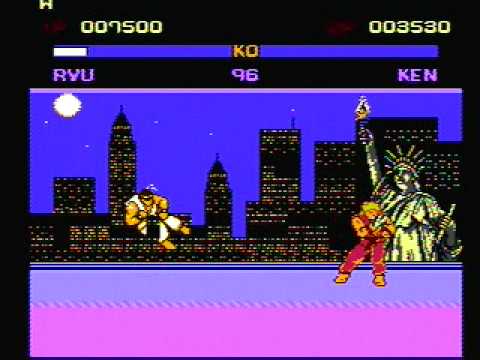 System flaws and more:
- In this SF, some meaty attacks randomly become unblockables
- There is a invisible Drag system that can move the players on a forced direction without actually move the stage.
- All special moves are not executed by Capcom motion moves as QCF and HCF, instead by pressing P+K+ back or Forward, you can throw fireballs, and by pressing P+K+Down, you can perform other special moves.
- There is OTG throws in the game and air throws.
- There is a counter throw in the game that can be executed at the moment you're being thrown, the window for the tech input is unclear.

- Shoryukens are performed by P+K+UpForward/up/Upbackwards, yet all animations are the same, such as its recovery time.

SS: Dalshim (Yoga flame on wakeup is unblockable, you're knocked down and you're done)
S: Guile (Sonic Boom is the easier move to perform and is spammable since he can perform slow, mid and fast versions of it, Flash kick hits low when Guile is too close.)

A: Chun Li (She isn't nothing special until she gains an air throw, which she can consequently and consecutively OTG you with air throws until you die.)

B: Balrog (Nothing special aside from head but, he doesn't crouch or hits low (lol) his rush is insane), Zangief (low SPDs as OTG and its done)
C: Ryu, Ken, Blanka, E.Honda (those are balanced compared to the rest.)