Jax and Kitana revealed in MK11

In a surprise move that probably wasn't all that surprising, Jax, Kitana, Kung Lao and Liu Kang were all officially revealed for Mortal Kombat 11 during Sony's first State of Play Twitch stream.

The trailer will be added in a second, but yeah! The new trailer just showed some random clips, but we got a brief look at some moves by the new characters, including what appeared to be either Liu Kang's Fatal Blow or Fatality. If you want to check it out via the archive, just hit the link at the bottom and fast forward until the end. 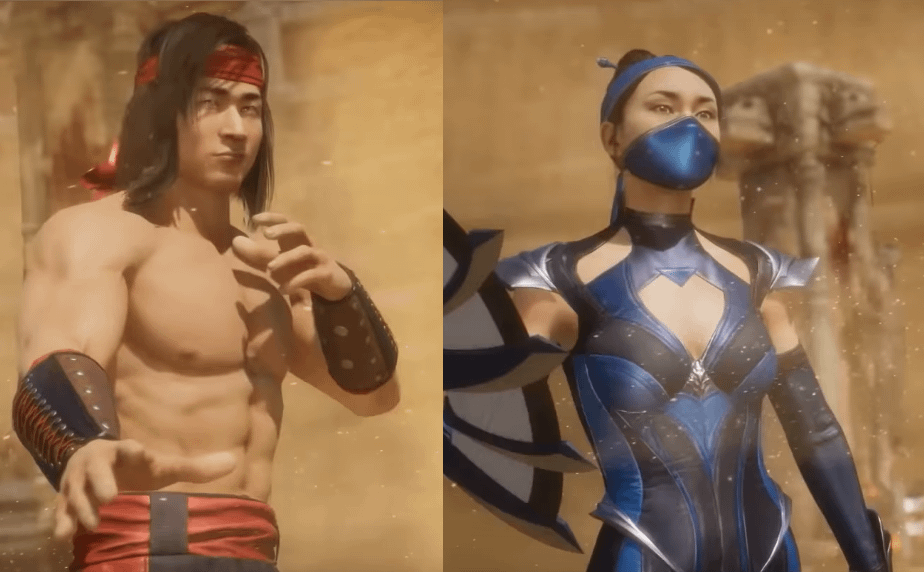 In Zoning We Trust

I'm glad i watched that stream, if only for this. He looks waaaaayyyyy younger than i anticipated but i think i really like that design.

GOTCHA! What a perfect design. Jax is amazing!

Savagely beating his super-ego with his id...

Are you a boy or girl?

I was watching this live and couldn't believe it lol.
Jax is sexy as fuck

We also got to see Kung Lao and Liu Kang's fatalities. Why didn't Ed tell us to watch out for this?

Kitana was shown too.

I love the MK3 style arms!

Getting to use "Check yaself before ya wreck yaself" in a trailer is the actual motivation for the direction of MK11's plot, I've determined. I respect it.

LOL so much for slow news day! I'm not complaining.

Jax's voice is so familiar. Who is that?

They both look amazing. NRS really nailed the design.

They are focusing way too much on Johnny, Sonya and Cassie. They are literally in every trailer. More than any other character.

Looks like old Jax is absolutely working for Kronika in the scene where young Jax confronts him.

She looks good, but I'm not a fan of the design, tbh. Looks like an updated version of her vsDCU costume, which I wasn't a fan of. Hopefully her third costume will be better than the two we've seen.

@StormGoddess Do me a solid, add "Liu Kang and Kung Lao" to your title, I can't edit those

That trailer is the best one so far. I"m so hyped to play the story. LOL that slow-mo nutpunch was hilarious.