Breakthrough It's Time for your Apology 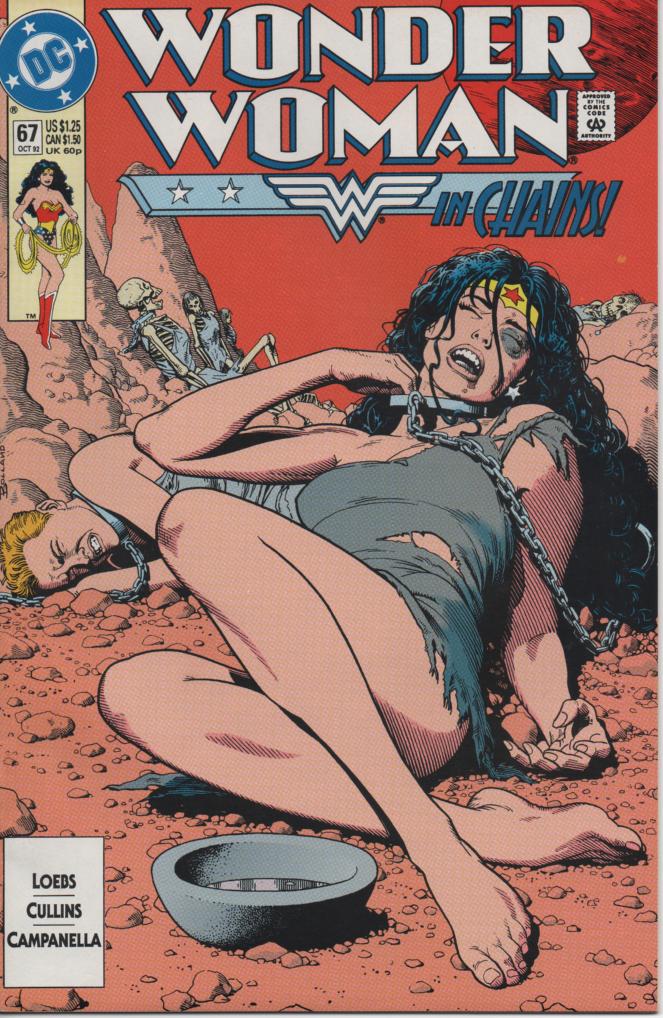 It's time ladies and gentlemen. It's time that you all owe me an apology for selling me this farce of Wonder Woman being top 5. Ever since the fall of Superman, people have felt that this “Princess” has been top 5 for several reasons. Carl “Perfect Legend” White has been quoted saying “This bitch is broke,” and “all of her strings are plus as fuck.” Our favorite community poster Mario Sako has stated something along the lines of “Listen dooood, Wander Wooman is top 5. She goes even with this broke rush-down Martian Manhunter.” The British Rebelo himself Foxy Grandpa (in 16bit’s voice) with famous quotes like "WoWo is the Kaybal of Injustice, you just don't knoww" and “down 3 what you gonna do aboout it.” He also claims that WoWo goes even with the dreaded fish king because he goes even with Tom Brady … online … across the Atlantic Ocean.

Now before you all apologize, let me just say that I have nothing but respect for all of the Wonder Woman players out there. They have been constantly told throughout this games life that their character is top 5. This is basically saying that they all suck, which I don’t approve of. SoCal’s Amazonian Queen, Filipino Man was by far the most successful WoWo (top 8 UFGT, top 16 MLG and EVO). But even a top Street Fighter player wasn’t able to prove to me, that WoWo is a worthy of the top 5 stature. He recently provided us with a matchup chart that was mostly reasonable besides a few noticeable things (Doomsday 7-3? Really?)

But this is beside the point, with EVO 2014 now finished; I have been proven right with what I was saying all along. My all caps mindless banter in stream chat was proven true and it’s finally time for you Wonder Woman upplayers to hold that. Her frame traps are a bill. Her midscreen oki is a bill. Her tiara is a bill. Her face looks like a horse. Her lackeys look like they are mentally deficient. What more needs to be said? Is she top 10? Probably. But arguments could be made that she could not be. We will see.

King of the Kiddie Pool

Lol you're related to Myles huh?

No, unlike Myles I don't play the character I'm downplaying. But like Myles, I was right all along.

I scoffed and rolled my eyes.

Hysteria said:
No, unlike Myles I don't play the character I'm downplaying. But like Myles, I was right all along.
Click to expand...

Technically, Myles was wrong because he swore up and down that she was low tier, then finally came to terms that she is upper mid tier.

Rebel without a scene

Ya I don't think she's top 5. Seems like the community agrees for the most part on the top 4 (MMH, AM, BG, ZOD in no order) so for the #5 spot I'd have to give the nod to flash. But she's def top ten.

Premium Supporter
they break your face with sticks, what's not to like?

Your Champion has spoken

you were never that big of an upplayer.... i think you had her rated

I blame foxy for all this.

Premium Supporter
News Editor
Adding this to the OP:
Hysteria has every right to do this to us at the next Major.

Cal-EL said:
Adding this to the OP:
Hysteria has every right to do this to us at the next Major.
Click to expand...

Only if I could move my ass like that.
K

I watched the video in the OP like 5 times in a row. Shit was so cash

News Editor
Did anything bring this on? Just curious if I missed a tourney or something.

P.S. That Titans Go bit is one of my favorites only because of the demon hand that won't let Robin sleep

Gunslinger since pre patch (sh/out to The Farmer)

Don't.
You.
DARE sell me out like that. We Wonder Women will continue fighting, our underrepresentation at majors is but a mishap.

I apologize for NOTHING....wowo is good puerile just don't use her far superior sword and shield stance :-P

Their leader submits yet the peons continue to disobey.


This is a dark day indeed for the Wonder Woman community. If they don't see the light now, what will be the turning point?

She was never top 5. She's still really good though.

The laws of the universe mean nothing.