Administrator
As former NetherRealm Studios' producer, Hector Sanchez announced back on November 15, 2013 that was retiring from the studio, it was something that the community under him did not want to believe. He became a community front-man for NetherRealm Studios - always listening to the fans, hanging out at fighting game tournaments such as the Evolution World Finals, along with other NRS members including Paulo Garcia, John Edwards, Ed Boon and more. He will be greatly missed within the Mortal Kombat and Injustice: Gods Among Us communities.

For those who may have been wondering, today we have learned that Hector's twitter account information has been updated. With this being said, we'd like to congratulate him for becoming a Producer at Sony Santa Monica! Their studio is most currently known for God of War, Starhawk, Journey, flOw, Twisted Metal to name a few.

God Of War 4 will be Great!

Dang, good on him. Glad to see he's getting a good opportunity somewhere else

now they need to make Bloody Roar for PS4

DarkPage said:
dude pretty much any good looking fighting game coming out on ps4 would be nice to hear about
Click to expand...

My dream game for the PS4 will probably never get re-made. I want a next gen Bushido Blade.
1

I think hector tweeted something like this last week or so. Storms your late.

after the first or second patch for injustice, i could tell he wasn't mentally invested in the game or his job anymore. he was saying things that scrubs from here would write. he did exactly what seth killian did when he left capcom.

This is old news. I wonder why would santa sonica would hire a producer from a FG studio, I smell a fighter in the works.....

hecterrific
Welcome to So Cal!

187x said:
I think hector tweeted something like this last week or so. Storms your late.
Click to expand...

moved on to bigger and better things, cool

DarkPage said:
dude pretty much any good looking fighting game coming out on ps4 would be nice to hear about
Click to expand...

Guilty Gear Xrd will be on PS4 and looks beautiful. 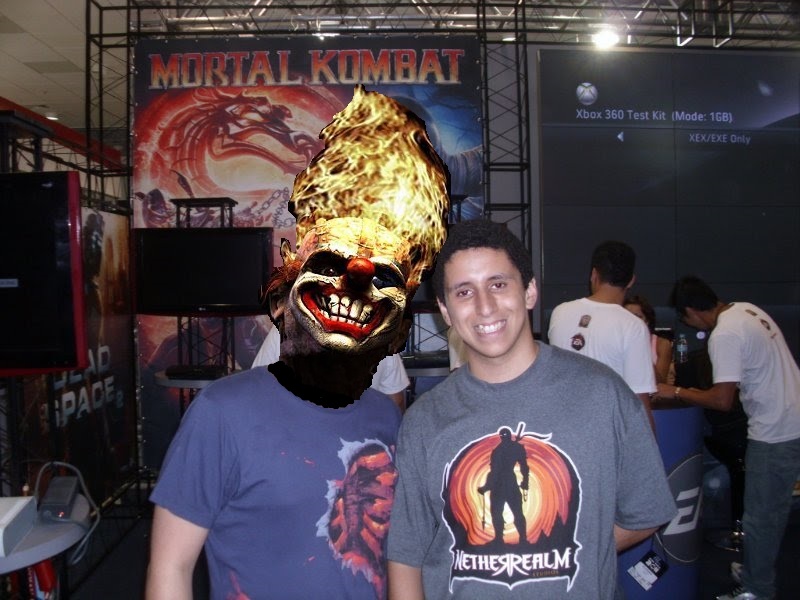 Now all we can hope for is Boon leaving nrs so we can actually get a new decent mk game!

Administrator
Clearly Hector is working on Fat Princess 2. I mean, what else would he be working on?

Seth Killian and Hector are at the same studio?

If they hire David Sirlin, fuck the xbone- i'll buy a PS4 because that's a recipe for greatness.