Enchantress FT10 Mirror: Beyond Toxin vs. Jackal on PND K&M 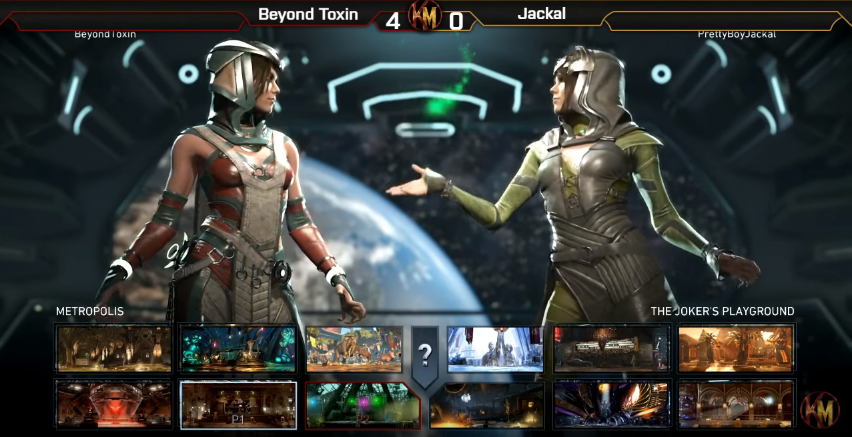 In honor of Enchantress being released, PNDKetchup and PNDMustard hosted a FT10 on their weekly stream between PsrK Beyond Toxin and BxA Jackal. We've got parries hitting for 300+ damage, we've got draw-offs, we've got everything Enchantress is capable of doing two days in. More of a character showcase than an official "who's the best", this was a great set to watch if you want to get a feel for what this character plays like. If there is one takeaway from this match, it's that you'd best learn what her runes do before you get in a game against her, lest you end up dead at the hands of your own jump.

If you liked what you saw, PND Ketchup mentioned on his Twitter that they will have some official FT10's going up on Youtube later this week. Make sure you subscribe to them, so you can catch some more top-level Injustice 2 action.


If you didn't have time to watch this set in full, Toxin took it 10-0 over Jackal. Whether or not this means Toxin and Jackal will keep working with Enchantress remains to be seen. With that said, Toxin's Enchantress is looking strong and I'd think he'd be making a good decision in playing her
Last edited: Jan 11, 2018
You must log in or register to reply here.
Share:
Facebook Twitter Google+ Reddit Pinterest Tumblr WhatsApp Email Link
Menu
Log in
Register