Constantine Should Have His Own Injustice Spin-Off Game

There's been some campaigning to get John Constantine in as INJ2 DLC. I've argued, and continue to believe that a fighting game is a poor fit for the character. But I'm not here to argue that point, I think, Injustice aside. John should have his own Arkham Asylum type of game in the Injustice Universe.

I read John back in his Vertigo Hellblazer days and the only other versions I've seen are the Keanu Reeves film (yuck) and the animated film, "Justice League Dark". Apparently though, there was a Constantine TV show, so I think he's had enough exposure that one AAA game is worth the risk (especially with a JL Dark movie in the works).

My questions to you are: would you be interested in a story-based, Arkham quality game (without the battle system) with Magic & RPG elements? If so, who would be the villains, co-stars and/or plot of the game?

Well, there already was a Constantine game, albeit based off the Reeves film. Wasn't that bad, IIRC.

There's already a Constantine game, which is a side story from the movie. 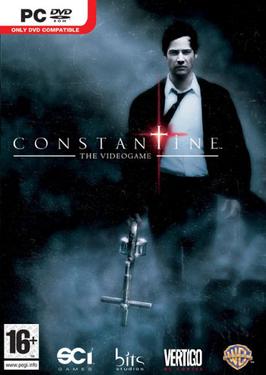 The graphics are a total crap, but overall this game is interesting at its own point.

@NSR @Tanno, thanks to you both. I wasn't aware that they made a video game based on the movie, but I'm still trying to forget that movie, so there you go.

Just so that you know, the Constantine in the comics is a different animal than the movie, to the extent that I'd call them separate characters. There hasn't been a sequel to the Reeves film, afaik, so it'd be cool if they made a game with a more traditional take on the character.