I'm making this thread to acknowledge a Player who stream after stream tournament after tournament has gotten better each time. players like this inspire me as a player and a year after the game's release he's pushing everyone he plays to the limit

Lead Moderator
KT Smith was more unexpected to get top 8 than Curbo was IMO. NO ONE had him in their top 8 list. Congrats on proving to everyone you're among the best Mr. Smith! Also, awesome Smoke!

Premium Supporter
To me, KTsmith is the only Smoke i enjoy watching. It amazes me how entertaining he is with such a dumb character

But I didn't want to dash

Yeah KT smith is really good. I wasn't surprised he made it as far as he did.


Sent from my iPad 2 using Tapatalk

Premium Supporter
Congrats man. You have leveled up impressively. 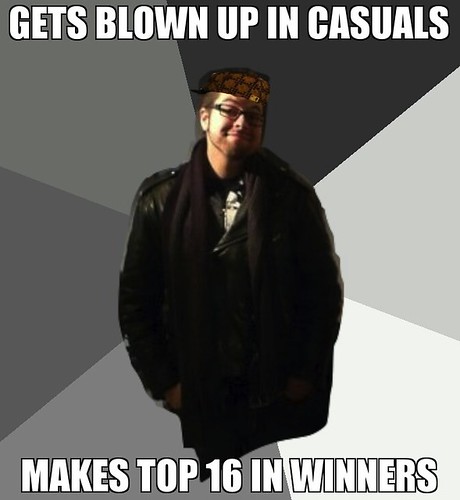 KT smith most improved player in all of MK9!!

You will BOW to me!

Gets blown up in Casuals.

KT Smith may have just got a new fanboy and Pig may have lost one.

Zer0Hundr3d said:
KT Smith may have just got a new fanboy and Pig may have lost one.
Click to expand...

How could u leave me, I always remember u have a "0" in your name

How could u leave me, I always remember u have a "0" in your name
Click to expand...

It'a the space that needs to be remembered.But fine...I have love for 2

Hell Yeah KT deserves this. Has put some much time into Smoke and always helps out the Smoke community. KT and CDjr are the reason people say Smoke is so good IMO.

I AM MADE OF EVERYONE.

Premium Supporter
congrats to KT Smith! It's players like him that make me want to level the fuck up! Good show!

Premium Supporter
I would like to take this time to congratulate Mr. Tommy Wafflez, Smoke of America, for his performance at MLG. SO. MUCH. DETERMINATION. GOT DA TEAM ON YOUR BACK DOE FOR REAL.

Yea KT Smith was awesome, but the match of MLG was definitely Dizzy vs. Wafflez.

How could you tell?

i Use a modded cyber now

Premium Supporter
KT Smith is my smoke hero and hell of a trip mate. GOOFY PLEASE!!!