New Kombat Kast, new character (sort of) and some big news that's been discussed since last week's Mobile Kast. So for those of you at work or those of you who just couldn't watch, we've got the details for you right down below: 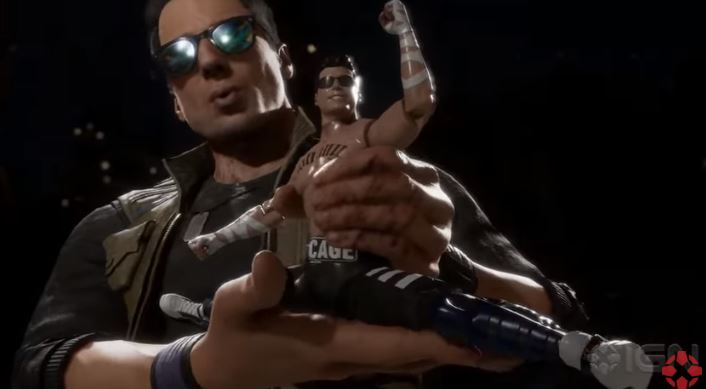 So the big reveal this week was the character show case for the recently revealed Johnny Cage. If you missed the IGN trailer, you can scope that out here. Anywhos, they did their usual routine of breaking down this new character to start things off, this time with Destin from IGN, and here's what's new and returning for Mr. Cage:

For this time around, the "mission statement" was to go back to the OG style of Johnny Cage. 16 Bit described him playing more like his MK2 self than a total redesign like Skarlet and Jade. So no MK9 cancels or any of the crazy stuff this character used to have. BUT, he has things to compensate, of course. 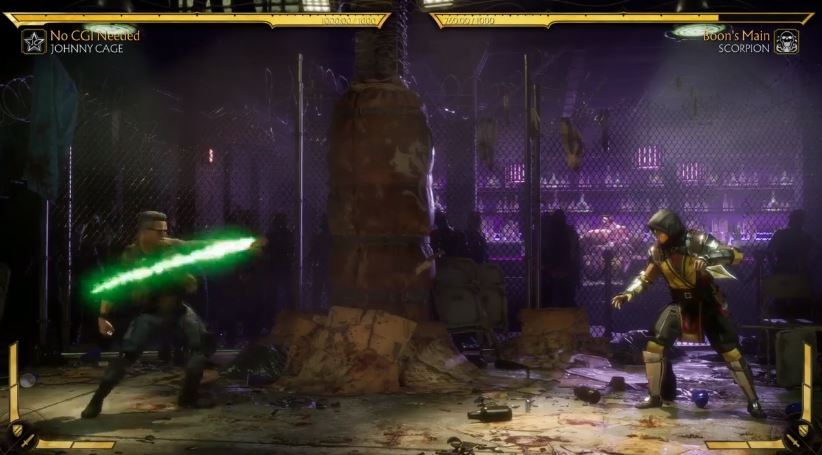 So some updates from his recent iterations, the fireball is now a regular fireball (ala MK2 Johnny). His nutpunch now has some different properties depending on how you decide to spend the meter, but it's still a pretty consistent move to use as a combo extender. A lot of his strings seem based around kicks, including one string that is really easy to mash out for those of you who lack precision. In general, he doesn't have a lot of overhead/highs, so the idea is less about mix-ups and more about footsies and punishes.

Getting to loadout moves, he has this hook punch kind of move that you can use that has different properties depending on if it gets block. I believe they said level 1 is a high, level 2 is a mid and the final level is unblockable. His Ninja Mime parry is a parry, but it's a parry that last a long time and goes even longer if you decide to amplify it. The thing you see in the trailer where his hands glow yellow is a move that acts like brass knuckles and it gives you higher chip damage for a limited time. 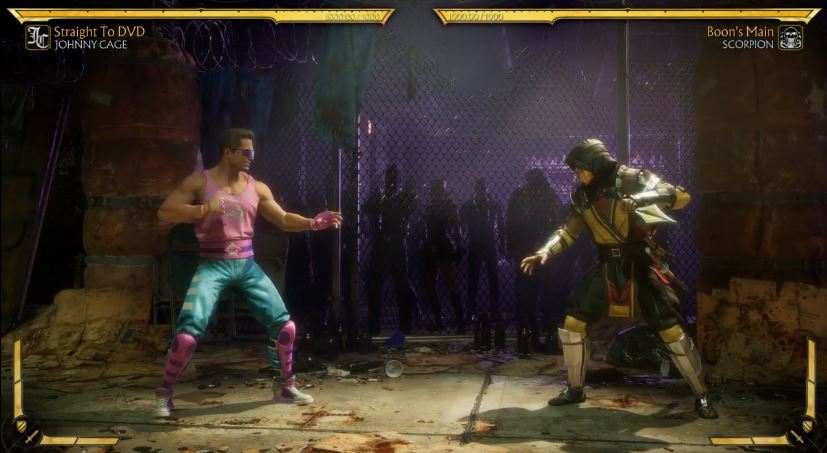 For those of you who liked the arcing fireballs, you can get those back in a loadout as well. For those of you who liked the stunt double gimmicks from MKX, you can get that back in a loadout too. However, instead of a green energy Cage, you get Jim, his actual stunt double. Jim can do a few things, like come out and clothesline your opponent or hold them in place for a few hit.

After all that, we got a look at the Fatal Blow, which is unique to Johnny: you can charge it up to give it armor and you can cancel out of it. So if you have it ready, you can either spend it, or use it to keep your combo strings safe. So if you missed MK9 Johnny, you can probably piece him together with the right loadout as well. 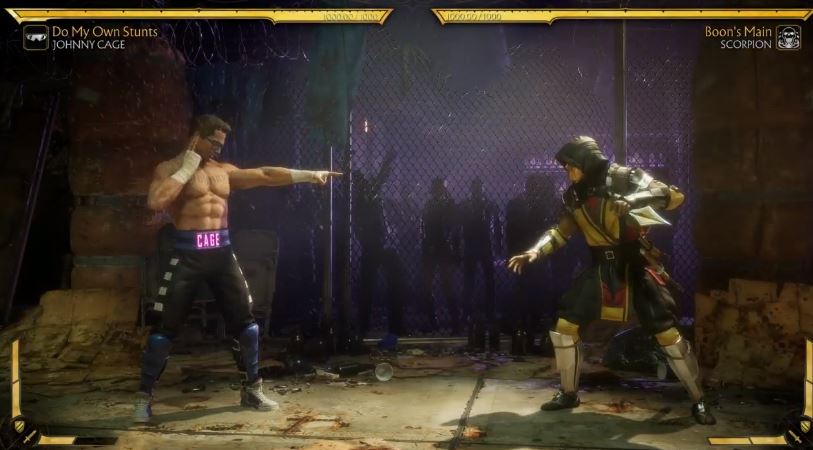 Once the breakdown was finished, we got a special edition of Washed Up Warriors, featuring old school Johnny Cage master Dizzy playing 16 Bit. After some talk about past records and how Dizzy double flawlessed Derek in a MK9 tourney back in the day, 16 Bit showed off some more Skarlet against Dizzy. 16 Bit took the first game, starting the first in a years long comeback in the making. However, it was a short-lived comeback and Dizzy finished out game 2 with a wake-up knee special.

Moving on, the special announcement for this Kast was an online stress test starting March 15-17th for the US only. You can sign up for the Beta here, though the spots are limited. To be clear, this is NOT the pre-order Beta, this is a prep test for the Beta. I'll drop the link here. It's live and takes two seconds to fill out.

Closing us out, THE BELT BATTLE! Riding high from his dominating win last week, Tyler's Sonya faced off against Derek's Jade again in the runback. After a pretty good start, Derek was able to throw it all away to lose game 1. No Wheel of Khaos this week to keep things simple, which allowed Derek to take the next game. In our final game, Tyler pulled a risky move by switching over to Johnny Cage. The risk did not pay off, Derek won both matches and took back the belt this week.

So yeah, that's the Kombat Kast. Talk about Johnny Cage now. Or other things. Next Kast, they've confirmed that Kano is the character being shown off. That's sometime next week, probably Wednesday. We'll keep you posted on those details later.

The only awesome thing about the Kombat Kast is the info we get. Yeah, its a bit lackluster in presentation, but the fact that NRS crew actually listens to people about aspects of the game (like changing the meter burn to one universal button) is RIGHTEOUS! They're very responsive in a quick fashion, which i definitely applaud. My honest critique though is just....work on the presentation of the Kast better.

+ Jade looks stunning in that green outfit
+ Johnny Looks awesome, all those colors WOW, so awesome.
+ Sonya in Orange
+ Some awesome intro conversations, but also a horrid one.
+ Derek beats Tyler
+ Johnny Cage has an outfit with his tattoo!!!!!!!!!!!!!! YESSSSSS!

- Jax is kinda revealed, I hope I'm wrong, but Sonya VS Jade revealed at least his name, hope he's dead, but he's probably one of the last two spots.
- Johnny Cage has actually a lot of clone moves, which is bad news for Noob, maybe.
- Skarlet in purple is fugly
- The BIG reveal today was utter crap, worst lure I've ever seen.
Last edited: Feb 27, 2019

the Best news was the information regarding registration for the closed beta access!!! heres the link http://mortalkombat.com/beta
M

getting tired of the BM when they play. not a good look when the reps for the game are tbagging and not respecting each other or messing up the fatalities. should just stick to the characters move list and make them mirror match a few times. 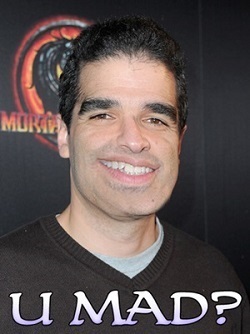 Did anyone read the chat when Derek was zoning? Pure cancer.

What is that supposed to mean lol

The Birth of Kano is the destruction of everything around him

Stream was good for like 6 or 7 minutes. It's like they just wanna rush through the characters and think we tune in for a comedy show or something.

Samsara said:
Stream was good for like 6 or 7 minutes. It's like they just wanna rush through the characters and think we tune in for a comedy show or something.

Enjoy 10 minutes of Kano next week lol.
Click to expand...

Exactly. No one cares about their stupid jokes and tryhard matches. It's the same ppl every week, sitting there and being boring as hell.

There is just not enough content... at all. They are not revealing anything, they are not talking enough about the game and it's modes, they are not answering any questions... just sitting there for one hour and playing matches... how fun.
Last edited: Feb 27, 2019

Best news for me was the change of the new amplify system, to the old style MK/Injustice 2 style amplification. I for one am excited about this.

Good Kast, I enjoyed it. I think they nailed the character. Special guest was the ign guy? Nice one. Does that mean the first look info dumps are coming? Or did they just buy the reveal? Has the game informer for mk11 already came out?

im kind of glad that they arent revealing "too much" give us a nice break down and keep it moving. i do wish that they tell us about the core variations it seems to me you can just pick and choose what you want and call it a day. seems cool to me lol

My thoughts overall is that I REALLY like Johnny Cage and I liked seeing more of him, but overall the stream kinda felt lacking and underwhelming. Maybe the worst one yet.

When I opened the stream, it defaulted the chat on and the first thing I saw was "Jade should be white". Chat is just the worst.

How can anyone even read that chat? It's so chaotic? I just put the stream on full screen, so I don't get distracted by those awful casuals screaming some random character names at all times...

Marlow said:
When I opened the stream, it defaulted the chat on and the first thing I saw was "Jade should be white". Chat is just the worst.
Click to expand...

wow im glad they "kept" jade the Black women she is to begin with. if you look at my status a few weeks ago i said she was black and people said she was latino, asian, everything under the sun. oh well let them cry those tears taste salty lol 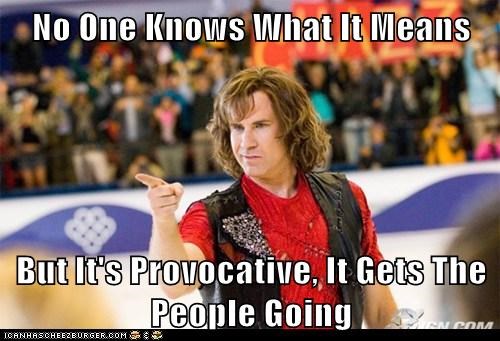 TackyHaddock said:
What is that supposed to mean lol
Click to expand...

Jade's skin was best in MK3Ultimate, but MK11 does a good job with her.

it does look like they changed jades facial features she looked a little different on this komkast or maybe im trippin?

To be real, how long can you really talk about Johnny Cage? The guy has been in I think every Mortal Kombat and they said they weren't trying to reinvent the wheel with him

Do yourself a massive favor and stop looking at Twitch chat. The only exception is when you are on a certain channel that you know has a chill fanbase.

Most channels it's just going to be a combination of:
Like seriously, I used to keep chat open so I could at least see the reactions from people, but even then it gets tiring after you see PogChamp for the one millionth time.

Gamer68 said:
Do yourself a massive favor and stop looking at Twitch chat. The only exception is when you are on a certain channel that you know has a chill fanbase.

Most channels it's just going to be a combination of:
Like seriously, I used to keep chat open so I could at least see the reactions from people, but even then it gets tiring after you see PogChamp for the one millionth time.
Click to expand...